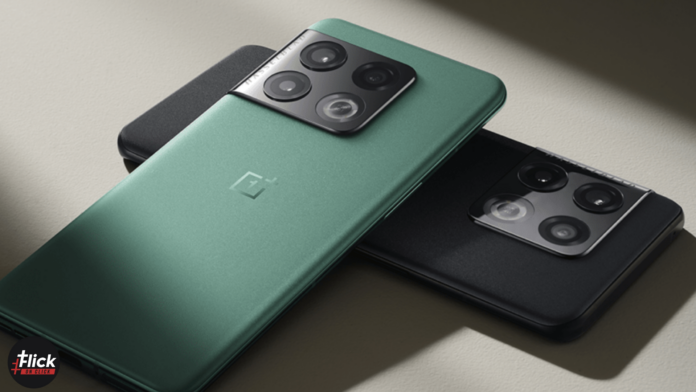 OnePlus 10 Pro, the flagship smartphone of OnePlus Technology, now has a launch date. The smartphone will hit the Chinese market on January 11th, 2022. Apart from releasing a phone teaser on social media, the co-founder of OnePlus, Pete Lau, has also disclosed a few model specifications.

Though the smartphone’s design is yet to be confirmed, looking at its appearance, we can see that it has a matte finish at the back with a curved front display. It will be available in two shades, namely Volcanic Black and Emerald Forest. It is backed by the international standard rating of IP68, which makes it capable enough to withstand dust, dirt, and underwater submersion for up to 30 minutes.


The latest smartphone is 8.55 millimeters thick, making it skinnier than the OnePlus 9 Pro announced last year.

According to the word on the internet, the latest smartphone will have an LTPO AMOLED display with a 6.7-inch display and a QHD (Quad High Definition) resolution. OnePlus did confirm that the refresh rate on the smartphone display will be 120Hz. Which will ensure that users have a smooth experience while swiping through the phone.

OnePlus 10 Pro also has a stereo speaker setup. There is no headphone jack as predicted. However, users get Bluetooth v5.2.

Coming to the performance of the latest smartphone, it is powered by Qualcomm’s Snapdragon 8 Gen 1 chipset, which is said to be the most powerful SoC of 2022. The smartphone will also be backed by DDR5 ram.


The OnePlus 10 Pro will also be loaded with a 5,000mAh battery and an all-day battery life if the Snapdragon 8 Gen 1 turns out to be as energy-efficient as it claims to be. The smartphone is also powered with fast charging technology with 80W Super VOOC fast charging, which will allow users to power their phone from zero to full within half an hour. It will also support 50W AirVOOC wireless charging and reverse wireless charging.

For the camera, OnePlus has collaborated with Hasselblad to provide users with a triple rear camera setup which includes a 48-megapixel sensor, a 50 -megapixel sensor, and an 8-megapixel sensor. On the front, the smartphone sports a 32-megapixel selfie camera. According to the tweet posted by Pete Lau, the OnePlus 10 Pro will receive OxygenOS 12, which is based on Android 12.

OnePlus has been steadily gaining popularity with its affordable price, android experience, and marketing.

The sit tight for the impending cell phone from the tech goliath OnePlus is at long last over...
News

The sit tight for the impending cell phone from the tech goliath OnePlus is at long last over...
Offers

OnePlus has launched a host of discounts and cashback deals for the all-new OnePlus 10 Pro.  The OnePlus...