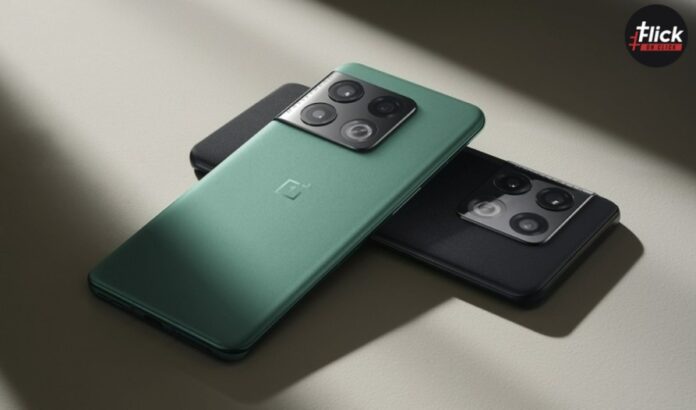 On Thursday, 24th March 2022, OnePlus officially revealed the launch date of its much-anticipated flagship device, the OnePlus 10 Pro 5G, in India. According to the firm, the OnePlus 10 Pro 5G and OnePlus Buds Pro Radiant Silver will be available in India, Europe, and North America on March 31 at 7:30 PM IST.

According to OnePlus, the 2022 flagship smartphone will include a 2nd gen Hasselblad Cam for smartphones, super-fast charging, and other features. “As a special surprise for the Indian market, OnePlus will also debut the OnePlus Bullets Wireless Z2, which will have quicker charging, great battery life, and larger loudspeakers for better sound quality and power,” the company noted.

The 10 Pro is likely to have a 6.7-inch LTPO 2.0 AMOLED screen as well as Gorilla Glass Victus security. The phone is driven by the Qualcomm Snapdragon 8 Gen 1 SoC CPU. Whereas, it operates on the Android 12 OS (as launched in China), and comes with LPDDR5 RAM and UFS 3.1 internal memory. The smartphone includes an under-display fingerprint sensor for additional security. The phone has a triple camera system on the back with a 48MP Sony IMX789 sensor with OIS capability. The smartphone includes a 50MP Samsung ISOCELL J1 supplementary lens at the front, as well as an 8MP telephoto zoom lens with OIS and 3.3x optical zoom capabilities. The new OnePlus10 Pro 5G will have a 5,000mAh battery. Additionally, it supportsfor 80W SuperVOOC cable rapid charging. Along with, 50W AirVOOC wireless fast charging option.

Pricing of the OnePlus 10 Pro 5G in India

The price of the OnePlus 10 Pro 5G in India has yet to be confirmed by the business. However, the smartphone comes in China for a base price of CYN 4699. (Approximately which is Rs 54,940 in Indian currency).

Previous article
Tight on Pocket? Get these Budget-friendly latest Laptops under Rs 20,000 in 2022
Next article
8 best Bluetooth earphones available under 5000 you can buy in India
Flickonclick Team

The OnePlus RT launch is expected to be released in India on December 16. The smartphone has been seen...
News

One Plus had announced a new segment in its lineup of smart devices last year, that is the...
News