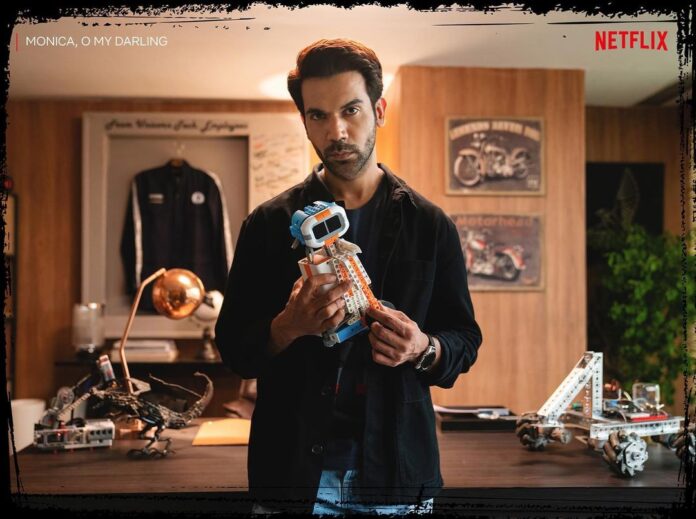 Monica, O My Darling, a suspense thriller film, is going to release on the OTT platform Netflix on 11th November 2022. The movie was announced earlier in 2021 by Netflix. It will feature Rajkummar Rao in the main role. Here we have covered Monica, O My Darling Netflix OTT Release Date, Cast and Story.

Monica, O My Darling will be released on the most popular OTT platform Netflix on 11th November 2022. The Bollywood movie is a suspense thriller announced by Netflix in July 2021.

A young man hoping to get rich in a quick manner devises a sinister plan to pull off a perfect murder with the help of unlikely allies. Will his diabolical plan end up making him rich, or will he fail in his drastic attempt? Monica, O My Darling is going to be a suspense drama that will keep you on the edge of your seats.

Monica, O My Darling will release on the OTT platform Netflix on 11th November 2022. Bookmark the date to watch this suspenseful film as soon as it releases.

Netflix has an interesting collection of Tamil & Telugu Movies that deserve to be explored to the fullest....