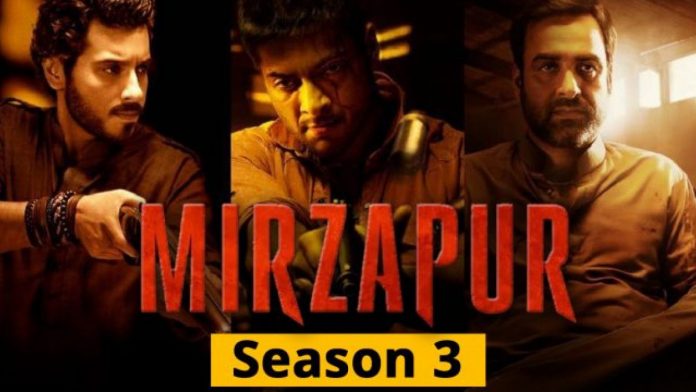 The directors and their crew have not left any reason behind for the viewers to hate this marvelous and epic web series. After bashing all the records, Mirzapur has marked its position among other top-notch shows and received noteworthy reviews from all over the internet. But this was not enough when fans started formulating end number of theories and rumors after the second season about what would come next, and are Munna Tripathi Kaleen Bhaiya really brothers instead of father and son?

Well, this rumor was hyped and raised immediately by many fans when a great confusion stood in-between the show that whose child it was – Bauji’s or Raja’s, as Beena Tripathi was held a victim of coercion and was blackmailed by her father-in-law Bauji to have unwanted sex after her illicit affair with servant Raja was exposed by him. Beena was sleeping with Raja because she was unsatisfied with her husband due to a lack of sexual prowess.

From the looks of it, what happened to Kaleen Bhaiya’s first wife and her story are still uncleared which leaves the door open for conjecture. It is still unclear that for how long Kaleen Bhaiya had potency problems which are expected to be revealed in the third season because fans are getting impatient as this confusion is growing more on Reddit. Rasika Dugal shared that the writers of Mirzapur know who the father of Beena’s baby is and it seems they are trying to withhold this information and are planning to disclose it at the right moment.

Meanwhile, it is expected and requested by the Mirzapur team to their fans, to stay calm and not to hustle much over the internet as all their queries will be answered in the third season of Mirzapur and have also promised that the third season will completely blow their viewer’s mind as it is going to be fuelled with many twists and turns.