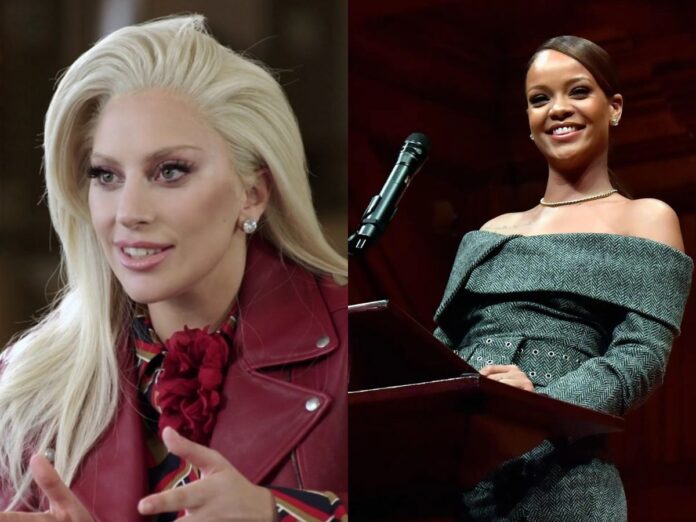 Mental health has gotten a lot of attention in the past few years, and rightly so because of its massive impact on a person’s daily life. Many celebs like Deepika Padukone, Selena Gomez and Yo Yo Honey Singh and more have spoken about how once they were in a deep dark place, they could not see any beacon of hope. Unfortunately, Linkin Park’s lead vocalist Chester Bennington was one of those celebrities who could not get help and ended up taking his life.

Famous Hollywood actor Owen Wilson was also once depressed. He almost committed suicide, but he was saved by one of his close friends, who ultimately helped him achieve peace and happiness. In today’s fast-paced world, it is necessary to pay attention to our mental well-being, and a few mental health initiatives by celebrities aim to achieve that particular goal.

The famous pop singer Rihanna is known for her kind and sweet nature. She is among the celebrities who bring mental health awareness seriously and has established this foundation to help people who need mental health support. The foundation helped many people during the tough time of the coronavirus, which hurt the minds of thousands of people across the globe.

Also Read: Depression in Children More Than Ever, Know Why?

The American actress is a big advocate of mental health awareness and has done quite a bit to help people in need. Established in her father’s name, the Boris Lawrence Henson foundation works rigorously to provide free therapy sessions to people suffering from mental health issues. Also, it gives a scholarship to black students working to gain skills in mental health studies.

Deepika Padukone is perhaps one of those rare Indian celebrities who accepted her mental health struggles in front of the camera and publicly announced that she needed help and found it hard to access during times when she almost felt suicidal. Now, Deepika has launched her own mental health foundation, Live Love Laugh, which works on mental health awareness and helps people who seek mental help.

Also Read: World Mental Health Day Special: How To Identify Individuals With Mental Illness and What To Do After?

The American singer, who is known for her outspoken personality, is one of those people who have gone through excruciating mental pain in her lifetime. Gaga has fibromyalgia. A documentary on her by Netflix showed that she fights every day to deal with the issues of the chronic disease that deteriorated her mental health at one point. Born This Way Foundation is a mental health initiative by Gaga that focuses on the importance of mental and emotional health.

Selena Gomez was in a very dark place at one point in her life. She tried to cut off everyone in her life, but her best friend helped her see what was wrong with her and provided her with the much-needed insight needed to get back on her feet. Her documentary Selena Gomez- My Mind and Me will undoubtedly relate to people suffering from mental issues. The Rare Impact Fund, established by her, supports organizations that expand access to mental health services in schools and educational settings.

Demi Lovato was diagnosed with bipolar disorder and once suffered a heart attack and three strikes after an accidental overdose in 2018. Her close encounter with death made her realize that she needed support. Lovato reached out for mental struggles and found ways to be in a better state of mind. Now, she has partnered with a few organizations to set up the Mental Health Fund, which donates to the various institutes working for mental health awareness.

The hot and sexy Deepika Padukone is one of the most popular Bollywood actresses. Her relationships and her...
Fitness

A lot of us are probably under a lot of stress, our mental health has a lot to...
Entertainment

Selena Gomez- My Mind and Me Documentary Review: This might be a bit uncomfortable for some viewers due...
Lifestyle

5 Effective Tricks To Be More Happy and Positive

Is being happy more difficult for humans nowadays? There is a great saying that money cannot buy happiness....
Entertainment

The International Yoga Day has been celebrated annually on 21 June since 2015, following its inception in the United...
World News

World Mental Health Day Special: How To Identify Individual With Mental Illness and What To Do After?

Mental health is a very vast subject, and it cannot be covered under an article of merely eight...
Lifestyle

Social media has always been an integral part of our life. Our best days to not so good...