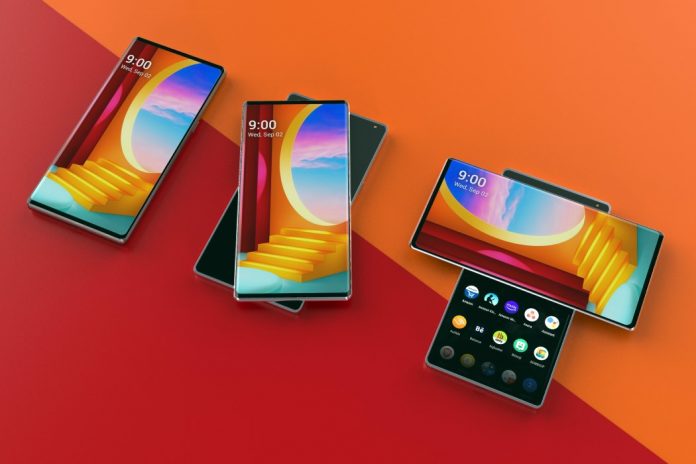 Smartphones are getting smarter every other day but the design has become quite a monotonous aspect for the same. This is why companies like Moto, Samsung, LG, and more are trying to bring in something new once in a while. That is why LG has introduced us to their concept device: LG Wing. 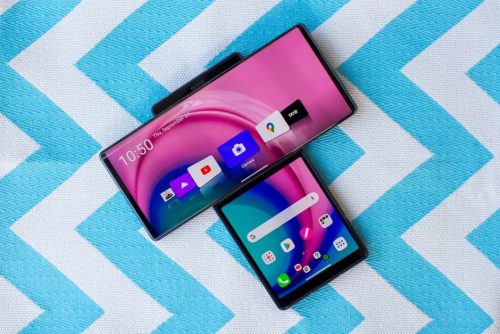 That is why LG has introduced us to their concept device: LG Wing. The device is a multi-display device like Samsung’s Galaxy Fold but it comes with a swivel and works weirdly by having two screens aligned in two different orientations.


Yes! While looking at it in the normal manner, you’d find that it looks like any normal device with a big bezel-less screen. But when you push the swivel and open it up, the main screen turns into the landscape direction, and another screen which is vertically aligned pops out from below.

Its most basic benefit is for those who are heavy into multi-tasking and cannot survive without having 50 different apps opened in their devices. But it’s even more effective for those who are interested in videography due to its internally assembled Gimbal.

The gimbal gives the camera a very steady frame even when you’re shooting handheld and in a moving condition. This is why this device can be the first choice for bloggers of professionals who have to shoot videos on the go.

Moving on the LG Wing comes with a 32 Megapixel front shooter that pops up from the device screen just like we’ve already seen in many Chinese mobiles.

The main display is a 6.8-inch display and according to LG, it can sustain 200,000 rotations over the course of five years.

The LG Wing is embedded with 8 GB’s of RAM with 256 GB of internal storage and Qualcomm Snapdragon 765G SOC. The battery is a 4000 mAh one but with Optimisation from LG’s side, you can easily make it run for a whole day under normal usage.

Other features like on-screen fingerprint sensor and latest connectivity standards and the device running the latest Android 10 are there.

At current only, the prototype test model has been launched and handed over to media professionals, beta testers, and such people for review and spreading the world. No launch date or price range has been mentioned yet.

But it’s expected that the device might come at a price point of around $1000 which equates to 70,000 INR or more.


The tech enthusiasts are excited about this device but its certain that everyday folks won’t be buying this advanced piece of technology.

But it’s still necessary for companies to come around with an advanced piece of tech to maintain the buzz around the industry with something new.

.The Netflix new 8-episode series "Indian Matchmaking" has been seeing a whopping amount of reactions over the internet....
Technology

Nokia has been on a roll these past few years after they've returned to the market and since...
Entertainment

Selena Gomez- My Mind and Me Documentary Review: This might be a bit uncomfortable for some viewers due...
News

Samsung Galaxy M32 India dispatch: Samsung has affirmed the smartphone will include a 90Hz showcase, 6,000mAh battery and...
Entertainment

If you're planning on buying a smartphone anytime soon, then you have to wait a little more. The...
Technology