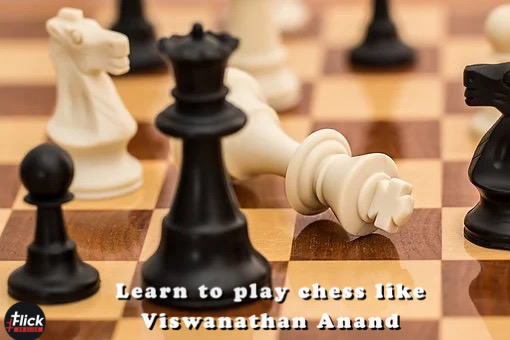 Vishwanath Anand is a known name in the world of chess and has added several feathers to the glory of India through his impeccable talent and skills. He became the first Indian Grandmaster in 1987, and in 2007, he swooped away from the title from Vladimir Kramnik. He is ideal for many chess players worldwide, so here are some of the invaluable lessons from the Grandmaster that are inspiring and helpful. These lessons will come in handy the next time you play chess online!

Train Your Mind To Be Sharp

When playing chess, you need to reinvent the game to keep things exciting by mixing up your moves. If you’re too comfortable with your opening lines and go for the same ones every time, you are bound to get tired of it no matter how successful or satisfied you’ve been in the past. It can be fun, but it’s not going to challenge you. If you keep giving yourself familiar problems that all seem similar, it’s not challenging the way that chess should be. A great way for chess players who are tired of familiar positions is by choosing different openings each time without having someone feel like they’re playing against the same person as before because studying new variations is also an excellent way to stimulate your brain, regardless of whether you’re already comfortable with a different strategy or not.

It’s hard not to read about myself, but it can affect my performance if I do. There are so many good players at Grand Slams, and the key is to forget about the past results and recordings and not fall back on your laurels. You should always have this blank sheet of paper in your head, which would remind you that however long you have been playing, anyone can beat anyone on any given day. That’s what makes everyone believe that they still have a chance even when they’re down or in a tough match.

Keep A Check On Your Emotions

The best chess players in the world can be great at recognizing how comfortable or uncomfortable their opponents are. Even if you’re playing a chess match from across the room, you can tell without fail if your opponent is having a good day or isn’t focusing on the game because they are being bothered outside of it by something going on in their personal life for example. Chess can get super competitive, but it’s also an individual one that requires one to learn from past victories and losses. Some players become flustered after making a mistake, and they start pushing the table forward aggressively or rise from their chair at an unexpected moment. Perhaps such situations call for you to remain calm to keep your cool even when you’re boiling inside with rage. This principle applies to life in general because this applies even beyond the game of chess.

Be Patient & Wait For Your Opponent To Make A Mistake

If your opponent is weak and vulnerable through the course of the match, you should not try to go for a checkmate at every opportunity to finish him off quickly. You need to take your time and wait for him to present you with an opening that you can take advantage of because it’s all about setting up your opponent so that he makes a mistake or two, and before long, he is in an even worse position than before. Remember that while you are waiting patiently, it’s important not to allow him to get back into the game; otherwise, you will never break down his defenses.

When one finally reaches their goal that was long in the making, it isn’t easy to focus on something else. Immediately after finishing a task or reaching your objective, take time to discover new things and try out different things. It’s good to have other hobbies because after focusing all of your attention on one thing for an extended period, you’ll need something to refill your inspiration tank. The next step is simple: play better than yesterday! However, planning too much into the future can be discouraging, so you need to work on looking forward to completing your immediate goals and then moving on to the next goal and repeating this over and over again!

Hold On To “Never Give Up” Attitude

No matter how forward-thinking or skilled a chess player you are, there will always be room for improvement. Remember that even the best chess players sometimes make mistakes – and even losing one game can help you learn more than winning two. When you learn to become a better chess player, there are no guarantees of a result. But the outcome isn’t the point. One wrong move doesn’t mean you’ve lost the entire match.

Don’t Be Afraid To Take Risks

Playing competitive chess is a high-risk and strategy-filled game that can test your nerves of steel. Avoiding making mistakes and being over-cautious is also a flawed strategy because it can ultimately do more harm than good when playing chess. For instance, even though all chess players use standard techniques these days, most are still no match for professional chess players who always manage to stay one step ahead with something fresh and innovative! Only the truly brave innovators who take risks and dare to think outside the box stand a chance of becoming world champions at this game!

When a newbie chef starts a career as a sushi chef, he is vulnerable to statements like, “If you’re going to cook the food you’ve never cooked before and that is hard to make, don’t try it while running a restaurant.” The same applies if you want to start your career as a chess player; however, you need to be passionate about the game and enjoy every game to make it a success.

Previous article
Free ALT Balaji Premium: Watch All The ALT Balaji Movies, and Series For Free
Next article
All you need to know about Sonarika Bhadoria aka Parvati from Mahadev
Flickonclick

Now it is possible to play numerous PS4 games on the PS5 and all the credit goes to...
Entertainment

We have heard of football. Cricket, basketball, badminton, and many other sports. And, actually, we have played them...
News

Users were finally able to catch the first look at Sony’s upcoming gaming console, the PS5 or PlayStation...
Technology

Google Play Pass is now available today in India and will be accessible to all Android handset owners...
World News

The announcement of Lionel Messi departure from FC Barcelona was made in a statement by Barca: “Despite FC Barcelona...
Offers