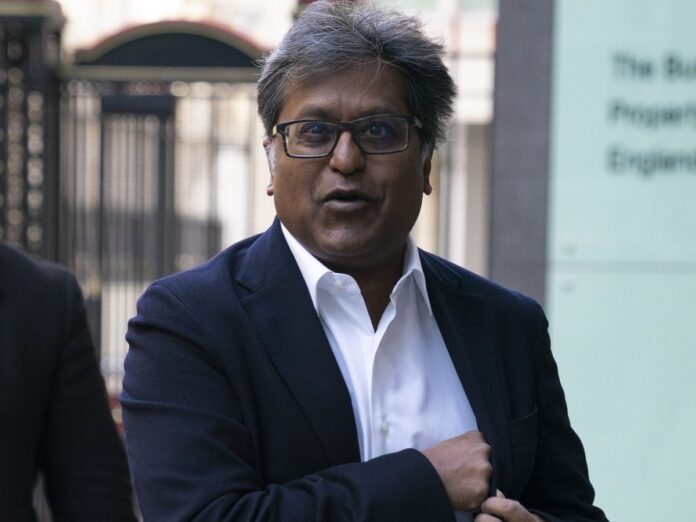 Lalit Modi has a massive net worth of Rs 4732 Crores, equaling US $580 Million. He was the man who pitched the idea of the Indian Premier League in 2008 to BCCI. He served as the BCCI chairman from 2008 to 2010 and helped BCCI cross a revenue of US $1 Billion in one year during his reign as the chairman. However, he was banned for life by the BCCI on allegations of misconduct and cheating. Did you know that in addition to being a famous personality in the cricketing world, Lalit Modi is also a business tycoon with his Modi Enterprise worth over Rs 12000 Crores?

Lalit Modi Net Worth: How has he accumulated massive wealth?

With a massive net worth of Rs 4732 Crores, Lalit Modi is among the richest people on Earth. Many people question how Lalit Modi managed to secure this much wealth even after being banned by BCCI. It is true that Lalit Modi earned millions of rupees when he was the BCCI chairman.

He was the one who brought the idea of IPL to BCCI and successfully started the very popular T20 leagues all over the world. However, official misconduct led to his ban. But that did not stop him from acquiring more and more wealth over time.

The current net worth of Lalit Modi in US Dollars: 580 Million Dollars

The current net worth of Lalit Modi in Rupees: Rs 4732 Crores

Monthly income of Lalit Modi from all sources: 2 Million Dollars

Yearly Income of Lalit Modi from all sources: 30 Million Dollars

The profession of Lalit Modi: Businessman

When were these details about Lalit Modi’s Net Worth last updated: 10th November 2022

Assets that contribute to the Net Worth of Lalit Modi

Luxury London Mansion: A five-storeyed mansion in Sloane Street in London spread across 7,000 square feet featuring 14 rooms, and an inbuilt elevator is drowned in luxury in all corners. It almost feels like a king’s palace, from lavish bathrooms to a huge garden.

Also Read: Ratan Tata Net Worth: Why is He Not the Richest Man in the World?

How Modi Enterprises Contributes to Lalit Modi’s Net Worth

A business established by his grandfather, Gujar Lal Modi, in 1933, Modi Enterprises has grown to be one of the biggest enterprises in India, with over Rs 12,000 crores of assets. Lalit Modi is currently the president and managing director of this huge business. He inherited it from his father.

In addition to his, Lalit Modi established an entertainment network, Modi Entertainment Networks, which has worked with ESPN and Disney in India. He has a great acumen for business which has helped him spread his huge empire.

FAQs about Lalit Modi Net Worth

What is the net worth of Lalit Modi in dollars and rupees?

What is the monthly and yearly salary of Lalit Modi?

Previous article
Ratan Tata Net Worth: Why is He Not the Richest Man in the World?
Next article
Akshay Kumar Net Worth: Massive 3500 Crores
Virat Verma

Ranveer Singh Net worth 2022: Ranveer's full name is Ranveer Singh Bhavnani has a net worth of $44...
Entertainment

Disha Patani Net Worth 2023: Disha Patani’s estimated net worth in 2023 stands at a staggering USD 10...
Entertainment