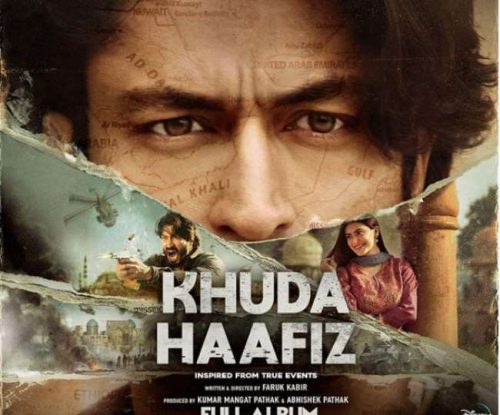 As Christopher Nolan’s films leave the viewers scratching their heads, from starting to its end, India’s beloved actor star, Vidyut Jammwal, doesn’t leave a trail of action, fight, and heart-thrilling chase sequences in any movie. This time, he’s back again with his new movie “Khuda Haafiz”.

The new movie, which portrays Jammwal as never before, showcased the ideology of normalcy turning vicious when it comes to their family. Writer and Director Faruk Kabir, who is debuting with the 2020s newbie, has culminated a good ideology of the action genre in the new movie. 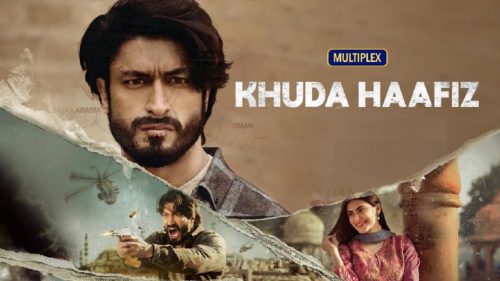 Despite the utmost sense of pride and action and presence of raw-fighting sequences, Khuda Haafiz’ portrays a new side of Jammwal where the storyline will outshine the feeling of the commonwealth that can leave you to feel the vibe of the Commando and Junglee famed actor.

The movie showcases the story of Sameer (Jammwal) whose marriage has been arranged with Nargis (Shivaleeka Oberoi) daughter of a Hindu-Muslim couple who has done a flawless job of raising their daughter in their image: independent and confident.

The couple, who now reside in a location where communal differences do not matter, strives with the regularities of a normal human: economy, capital saving, and job crisis. Set in the late 2000s, the movie revolves around the 2008 global financial crisis when the worldwide economy came spiraling down.

Resulting in a huge unemployment rate, former prime minister Manmohan Singh’s face floats out of the television as a reminder of the days when the country was in the economic doghouse. Nothing left to cling upon, the two adults sign up for a job opening in a fiction Arab country called Noman.

Adapting to the Indian Bollywood drama storyline, the heroine gets the visa first before the hero and steps aboard the journey to a whole new place, promised by her husband to meet soon but they never do. Sooner than later, Nargis disappears from the airport, forcing Sameer to land up in Noman as well.

This begins the journey of our beloved actor tracing his wife in an unknown desert where all you see are the sheiks of Noman and nothing much to make you feel positive. With no one to achieve a bond of connection and friendship, Sameer faces failure at the Indian embassy and every police station.

Losing all his hopes, here comes the support of a friendly Afghan taxi driver Usman (Annu Kapoor), and a couple of local Hindi-speaking police officers (played by Shiv Pandit and Aahana Kumra) to assist Sameer. They take them to an unknown source where the business of pleasure takes place.

Also Read- Dil Bechara: The Film With Which Everyone Bid Farewell To SSR

Jammwal turns out a sincere and likable performance and carries off long stretches of anguished inactivity. Shot in Uzbekistan, with numerous rosy-cheeked locals filling up the scenes, the movie then stimulates the revival of Sameer’s lifelong partner and how this uncanny character goes the distance.

Despite his muscle-filled action sequences, Jammwal chooses to display a man who has a distant relationship with the gym but if forced to live against the odds, then his tactics and the new friends are all that it could take him to get back his love in this foreign land.

A handful of big twists, a grisly death, a welcome resurrection, and a grievous betrayal are reserved for the last quarter of ‘Khuda Haafiz’ which makes it a good movie experience and lets you treat yourself to see a whole new side of the new action skills and directing skills of the new era.

The cinema industry has evolved and we are now getting a hold of future or the past with...
News

The Galaxy M31 is the latest smartphone in Samsung's lineup of affordable online-exclusive devices designed specifically launched for...
Entertainment