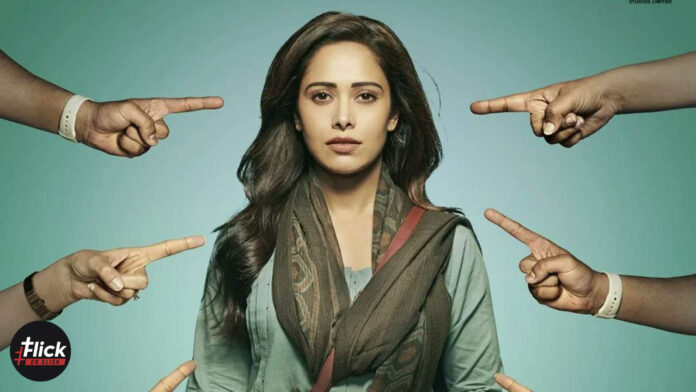 Janhit Mein Jaari Review Punchline: A beautifully paced, thought-provoking film with great casting and hilarious comedic sequences that contribute to the overall narrative of putting forward a social message. Janhit Mein Jaari advances its notion with a flare of comedy without trying too hard due to exceptional performances by the actors.

Story: Janhit Mein Jaari follows a woman named Manu who is on a quest to find a job. She ultimately does find a job in a company called Little Umbrella which sells condoms. She is recruited as a sales executive. Meanwhile, she falls in love with a guy and ends up getting married to him. However, her husband keeps her work line a secret from his family, which proves to cause mayhem when the truth is revealed. How the entire dynamic between Manu and her in-laws’ changes with the truth bomb forms the rest of the movie. 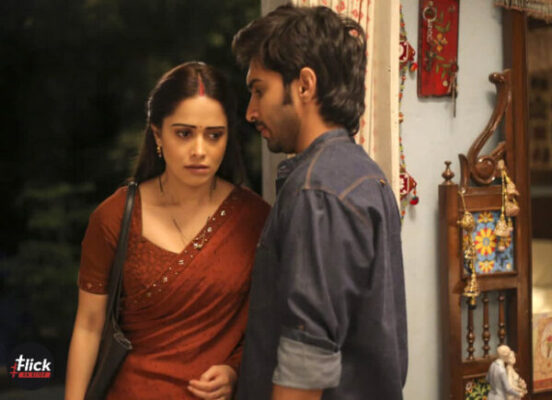 Janhit Mein Jaari Detailed Review: First-time director Jai Basantu Singh does not ever give off an impression of a rookie. His direction is on point, and the movie seems flawlessly shifting from one situation to another. Raaj Shaandilyaa, who has previously worked on the film Dream Girl as a screenplay artist, has again done an excellent job of keeping the film lively throughout its course.

Janhit Mein Jaari has some of the most hilarious dialogues written this year for a comedy film. The small-town setting works wonderfully in favour of the film as everything is so compact that viewers can easily imagine the entire framework of the town. It also helps in putting forward the social message that the film aims to deliver. All-in-all there is nothing to complain about the writing of this movie.

Meanwhile, Nushrratt Bharuccha delivers a solid performance as an independent woman who does not shy away from breaking the taboos. She is like a trailblazer in the town of stereotypes. Her character is flawless, and she puts forward a performance showcasing her ability to carry a film effortlessly on her shoulders. This might be her best performance to date in the Hindi film industry. 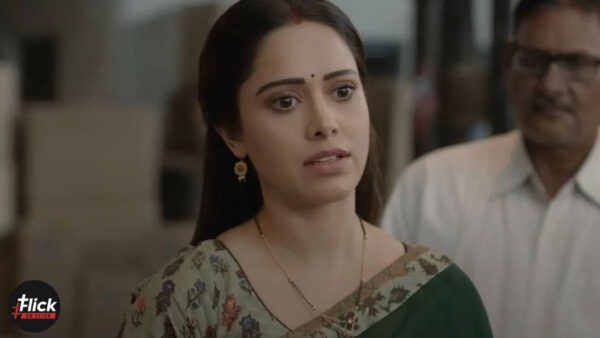 On the other hand, Vijay Raaz is at his usual best. The actor just gives another impeccable performance without trying too hard. Vijay Raaz’s comic timing and the way of delivering dialogues are second to none in Bollywood. Anud Singh Dhaka is a breath of fresh air in the film. The debutant finds himself in some hilarious situations in the movie. His role speaks out for itself and marks our words; he is here to stay for a long time. Special mention should be given to other actors as well who have done an excellent job in the film. In particular, Paritosh Tripathi and the duo who plays parents of Manu have done a fantastic job.

In conclusion, there is not a dull moment in the film. You will thoroughly enjoy the movie, and Flickonclick highly recommends that you certainly book your tickets for the film.

After almost two years of silence in the cinemas, the Bollywood film industry has started to roar again...