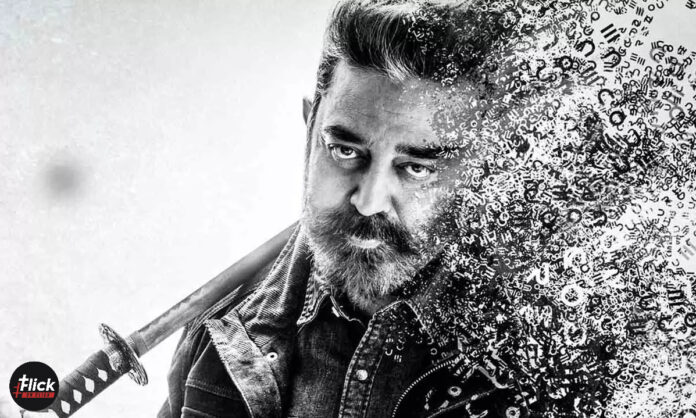 Vikram Review Punchline: Lokesh Kanagaraj perfectly blends his world of Kaithi into this espionage thriller that keeps you guessing. The movie is filled with exciting moments and will leave you craving for more.

Vikram Outline: Dropping dead bodies lead a veteran cop turned spy to go against the fearsome masked men who have waged war against the system which tries to protect the empire of a drug lord in this riveting action-thriller.

Vikram Detailed Review: Lokesh Kanagaraj, the senior director of the Tamil film industry, paints a bigger picture for his viewers with this movie that will become a stepping stone for the films to follow after this. His world-building is fabulous in he has gone beyond the expectations to combine the elements of Kamal Hassan’s 1986 cop thriller Vikram with his film Kaithi which is high on drugs and crime. 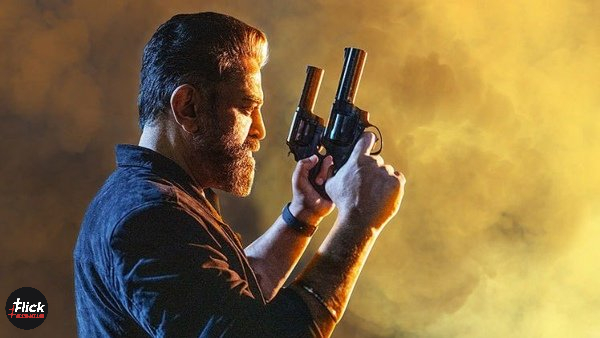 Vikram maintains a sense of ambiguity in its narrative that keeps the viewers hooked and looking for answers while the film goes through a series of action sequences that will blow you away. The promised multiverse from the movie has received hype due to events unfolding in this film. The film works as a stage for the films to follow while extraordinarily managing its own unique identity.

Vikram beings with an engrossing account of Karnan, played by Kamal Haasan, a man who had slipped into slumber after the death of his son, Prapanchan (Kalidas Jayaram). The viewers are informed that a series of killings have started in the city after a group of vigilantes have waged war against law enforcement when it is discovered that the system is trying to protect a ruthless drug kingpin Sandhanam (Vijay Sethupathi). 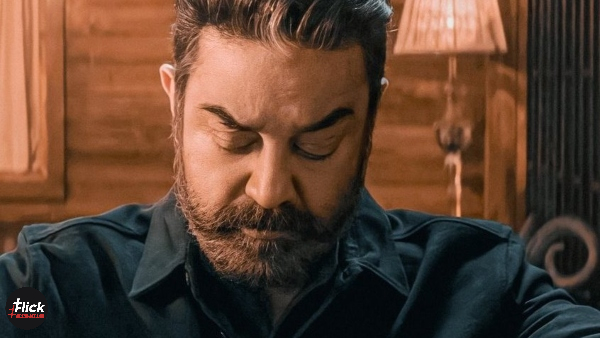 Chief of Police Jose, portrayed by Chembad Vinod Jose, brings into the fold a black ops team headed by an efficient officer named Amar (Fahadh Faasil). The first half of the film delves into the investigations of Amar, who is bewildered by the things he discovers. Amar begins to question whether everything that seems on the surface is true or not? He rigorously starts digging into Karnan’s past and becomes sure that something huge is waiting to rear its head in the shadows.

While Amar begins to understand and unravel the ambiguous persona of Karnan, we, the viewers, are teased by the director through Haasan’s appearances here and there. The first half comes to end with a bang, and Haasan finally takes centre stage after the interval. His lingering presence is brought to the front, and the uncertainties begin to align up and give the viewers clues about the storyline.

The second half of Vikram is just pure high-octane action drama that is a treat for Haasan’s fans. Lokesh Kanagaraj’s film keeps up the expectations with beautifully shot action sequences. Suriya’s cameo, which was built as one of the most significant things to set the stage for the future, is highly entertaining. The movie gets a bit predictable while reaching the climax, but it can be ignored to enjoy this beautiful work of art.

Drishyam 2 Review: Ajay Devgn starrer is a slow-burning suspense thriller that keeps you hooked with a certain...
Talent

Samantha Ruth Prabhu: A Trailblazer in the Indian Film Industry

Samantha Ruth Prabhu is one of the most unconventional actresses in the Indian film industry. She has broken...
Entertainment

Durgamati – The Myth, streaming on Amazon Prime, delivers a mixture of thrill, horror, and suspense which tries...