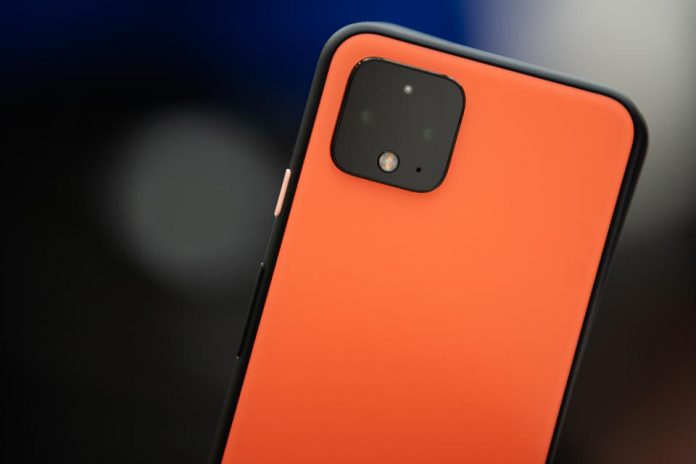 Google has officially launched the much-awaited Google Pixel 4a. The new phone is a major upgrade to the company’s previous hit Pixel 3a and Pixel 3a XL edition. Google Pixel 4a has at par camera specs and noticeable upgrades that are designed to suit the mid-range smartphone segments.


The Pixel 4a comes with a 5.81-inch Full HD Display screen and hosts 128GB of internal storage. The new phone offers a single camera setup with the Google Lens feature and comes with the Titan M security module, a rear fingerprint scanner a and presence of a 3.5mm headphone jack.

A watered-down version of the recently launched Pixel 4, the Google Pixel 4a comes with a Polycarbonate Unibody with a less-glassy design to make it more safe and handy to use. On the top, there is a 3.5mm headphone jack allowing you to plug in your wired headphones.

On the rear, you get a squared-camera design, added with a fingerprint sensor. While on the front, there is a punch-hole camera setup. A USB-C 3.1 port in the center, flanked by the microphone and speaker grilles gives the Pixel 4a a minimalistic and grippy design for the holder.

The new Pixel 4a hosts a 5.81-inch full-HD+ (1,080×2,340 pixels) OLED display with 19.5:9 aspect ratio. Additionally, the phone also comes with a 443ppi of pixel density that provides bright, clear, and colorful visuals. It is protected with Gorilla Glass 3 that protects it against small scruffs and scratches.


Moreover, Google has also introduced an Always-on display feature that allows the phone to display time, date, battery level, weather, and prominent information and upcoming events. When binged watched some shows at Netflix, the bezel-less screen did manage to deliver a quite decent outlook to the viewers.

The Pixel 4a hosts a single camera setup, both on the front and on the back. But, being a “Showstopper” in the camera department in their previous posts, Google did tweak the camera here as well. The Pixel 4a comes with a 12.2MP camera with an f/1.7 aperture and 1.4µm and an 84-degree field of view.

Coming on the front, we have one 8MP with f/2.0 aperture and 1.12μm pixels, but no autofocus. The selfie shooter allows you to take images in blurred or bokeh mode. Google has also jacked up a smart feature that allows you to blur the background in the already taken images.

Some extra upgrades and features to look out for are the Night Sight for images in low light, Portrait Mode, Top Shot, a 7x Zoom allowance, Astrophotography mode, and a Live HDR+ plus feature which allows you to see a preview and gives you a better idea of how the final shot will look.

The Pixel 4a is powered by the Qualcomm Snapdragon 730G chipset added with Android 10. The phone comes with a single 128GB of internal storage option that is upgradable via a micro SD card. The phone hosts a 6GB of LPDDR4x RAM and a USB TYPE-C port.

Google Pixel 4a Price and Availability

The Google Pixel 4a will come in only black color option for India and will be priced somewhere around Rs. 26,300 for the 6GB + 128GB model. An official date to be announced for the availability of the phone for the Indian fans.


Previous article
NoiseFit Endure Smartwatch: Should You Be Buying It Or Not?
Next article
New Features That Might Be a Part Of Next Whatsapp Update
Flickonclick

The winter season is upon us. Winter is the season of love and happiness where we greet our...
News

Samsung Galaxy M52 5G might be another in the line of Samsung's M series devices which are getting...
News

Microsoft is one of the most prominent tech giants out there and no wonder the reason be their...