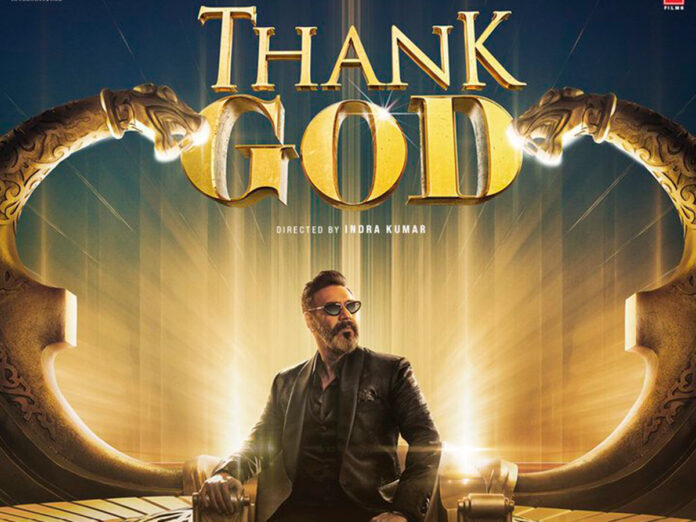 Thank God is going to release in the theatres on 25th October 2022. However, the fans are already gushing about its digital release. Thank God OTT Platform, Release Date, Where to Watch, TV Rights and more are all covered here. Thank God is a comedy movie that flips the concept of Yamlok on its head by adding modern touches to the characters of Chitragupt and other Indian Gods. The film stars Ajay Devgn, Sidharth Malhotra and Rakul Preet Singh in the main roles. This will be the first time when Ajay Devgn and Sidharth Malhotra will be sharing the screen.


The film is directed by Indra Kumar and is produced under the banner of T-Series. Tanishk Bagchi, Rochak Kohli and Raaj Anand serve as the music composers of this film. The cinematography is handled by Aseem Bajaj. The movie is written by Aakash Kaushik and Madhur Sharma. Thank God OTT Platform, Release Date, Where to Watch, TV Rights and more are all covered here.

The rights for streaming the film online have already been bought. OTT users would be delighted to hear the news that the movie they are awaiting is going to stream on the most popular OTT platform Amazon Prime Video in India.

Usually, it takes around 50 days to 2 months for a movie to finalise its digital release after its theatrical run. As you know, Thank God is released on 25th October 2022 in theatres which guarantees that the film will release on the OTT platform Amazon Prime Video in the month of December.

Thank God is a pure comedy movie that refrains from using vulgar and double-meaning jokes. The film is going to bring back the era of those Bollywood comedies which focused more on content than vulgar remarks.

Previous articleThank God Trailer: Ajay Devgn is Here as Chitragupt to Play The Game of Life
Next articleGadar 2 Release Date Revealed: Sunny Deol as Tara Singh to Return on This Date
Virat Verma