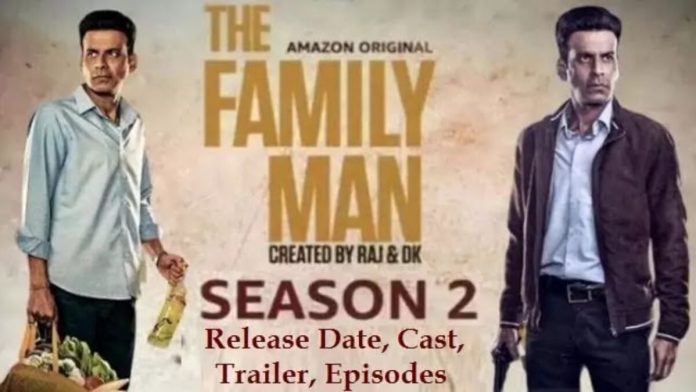 Satisfactory news arrived for “The Family Man” fan army, that Family Man Season 2 will premiere on February 12 only on Amazon Prime Video this year. A special short clip for its release date announcement was released on Thursday.


After the great success of the first season and overwhelming reviews by the audience couldn’t stop viewers from asking about the coming of its second season and now, the internet is flooded with its release date news. How the audience is supposed to resist watching the show when Manoj Bajpayee is on the screen?

After watching the trailer, the plot doesn’t seem to be different from the previous season. The new chapter also seems to offer a fascinating mystery again. The short clip features Manoj Bajpayee frowning by looking directly into the camera along with a collage of Samantha Akkineni’s face emerging in the background.


The makers of the film were delighted to share the fact that they were excited too to film Season 2 of Family Man as the show gained a lot of love and popularity from the audience. They also said that their team was continuously working from home during the pandemic in order to complete the season as soon as possible. They also guarantee that there will be plenty of other surprises for their audience in The Family Man Season 2.


It has been 16 months since the release of its first season as it was released in September 2019. The show started getting recognition for leaving its audience spellbound, enthralling direction, performances beyond imagination, an intense action, applaudable script-writing, and background score.

The whole story is focused mainly on one character, and that is, Srikant Tiwari played by Manoj Bajpayee, a spy who is determined to serve his nation and how he tries to balance his professional and personal life.

The primary cast from the first season can be seen performing their respective roles but there is a new addition of a new cast in the second season – Telugu star Samantha Akkineni is playing one of the major leads in the show. When Samantha was told that this time, she has to perform a lot of action sequences other than glamorous roles, then she undoubtedly said yes to it and added “I am up for it. That is exactly what I want.”


Apart from Manoj Bajpayee and Samantha Akkineni, the casting crew also consists of Priyamani (Telugu and Kannada star), Sharib Hashmi, Seema Biswas, Darshan Kumar, Sharad Kelkar, and many more. The filmmakers promised that this time the suspense and excitement are going to get doubled as the audience has been expecting and holding their hands for 16 months.

Previous articleKaagaz Starring Pankaj Tripathi Review- Worth Streaming or Not?
Next articleKGF Chapter 2 Teaser: Sets Fire on The Internet
Flickonclick

Family Man Season 02 is getting all the attention and moreover, there's one character in the show who...
Entertainment

Amazon Prime Video is updating its database by a ton and you will have to choose from among...
Offers

Amazon Prime Video is updating its database by a ton and you will have to choose from among...
News

The black comedy-drama, Gulabo Sitabo, was finally made available on 12th June for viewers to feast on. Piku...