Everything To Know About The Newly Launched Vodafone eSIM 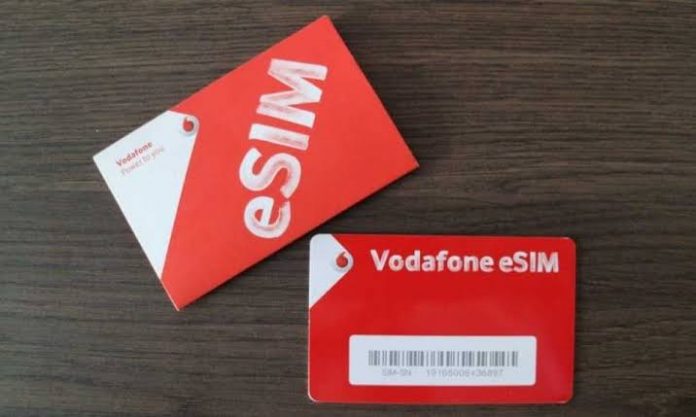 Vodafone Idea has finally launched its eSIM technology support in India. After months of speculations and delaying the launch due to the pandemic, the company yesterday released the new “No-Physical Sim” connectivity technology in the country.

As of now, the rollout is still being processed in phases. So, the existing users can expect the service to be available on limited devices and in limited circles. However, the telecom has assured that the services will be made available for the remaining country sooner than expected. 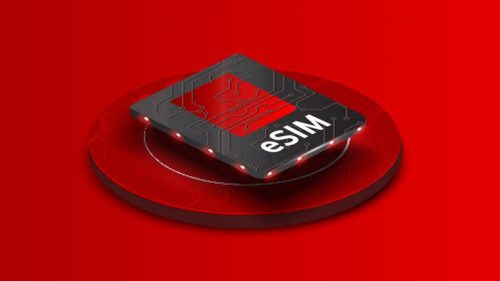 An eSIM connection is a next step in the evolution of Subscriber Identity Modules (SIM cards). Opposite to a physical SIM, the user does not need to insert an eSIM into their phones. The subscription of the new facility will be in-built into your smartphone, device, and wearable.

The service is quite useful for the iPhone users who miss out on the dual sim slot in their devices. And allows you to have more than one phone number associated with your smart device. This gives them the freedom to manage both business and personal lines simultaneously.

According to the latest statement from Vodafone Idea, users can avail of the latest services in limited circles including metro cities such as Mumbai, Delhi, and Gujarat. Also, the company has shared a list of the compatible devices with which users can sign up for a new sim connection.

If you’re living in any of the above-mentioned cities and have an Apple smart device, you can easily sign up for an eSIM connection. Firstly, for existing users, you will be required to have an activate postpaid plan for your number. If not, you can recharge your number with any of the currently available plans.

Secondly, you will need to check whether your email address is associated with your phone number or not. If yes, then submit the SMS Verification process by sending ‘eSIM (email address)’ to 199. A confirmation message will be sent to your email address in consideration of your eSIM connection.

This confirmation message will contain a one-time use QR code in it which you have to keep ready. Then, on your iPhone, go to Settings> Mobile Data> Add Data Plan> Scan QR code. Now, scan the QR code sent on your mail address and your eSIM services will be activated.

For users who haven’t linked their mail address with Vodafone Idea servers, you can simply verify your account by sending send ‘email (email address)’ to 199. A confirmation message will be sent to your phone number against which you will be required to reply ‘ESIMY’.

Vodafone Idea has also made the eSIM services on its physical stores. Both new or existing users can visit a nearby Vodafone Idea service center with their respective documents and submit their application for a new eSIM connection. The company claims its service activation within 2 hours of a QR code scan.

Also read- Jio Tv Plus App Launch: One Stop Destination For all The OTT Services

Previous articleConsumer Protection Act 2020 Implementing From July 20
Next articleGDP Growth: How Indian Economy Will Be Affected By Covid-19?
Flickonclick

Trai has been making amends and building substantial plans to fix floor prices for a long time. This...
Offers

The same situation of lockdown is seemingly arriving, so it's better to be ready with a data pack...
News

Vodafone and Idea have been collaborating with each other for a long but it's now only that they've...
Offers

During the time of lockdown, all you have is your internet. Without it you'd be dammed and it...
Offers

Mobile Number Porting was something launched by the telecom back in the day in order for a user...
News

How To ‘Recharge Your Phone Through Bank’s ATM’

The telecom companies are striving hard to deliver ease to their customers during the lockdown. Yesterday, the telecom...
News

Trai has been making amends and building substantial plans to fix floor prices for a long time. This...