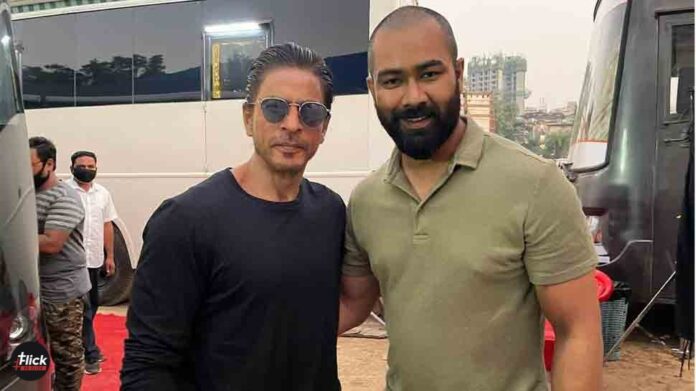 Fans are swooning over a new pictures of Shah Rukh Khan. The image was purportedly taken on the set of his upcoming movie, Pathan.

After his son Aryan Khan’s arrest and eventual bail in the cruise liner drug-bust case, superstar Shah Rukh Khan just started working after an extended absence. When the event occurred, Shah Rukh had just begun production on filmmaker Siddharth Anand’s Pathan movie. He was recently pictured on the set of the flick.

Pathan movie has yet to be officially announced by Shah Rukh Khan. He has been actively filming for the project alongside Deepika Padukone and John Abraham. He is also set to depart shortly for the movie’s international tour in Spain.

SRK was meant to travel to Spain in October, but he had to abandon all of his business engagements due to the detention of his child Aryan Khan in an accused cruise narcotics case. ‘Pathan,’ in addition to an intervention cast, will have an appearance by Salman Khan. Instead of taking a vacation, Shah Rukh Khan is working nonstop as the year comes to a close. A snapshot of the performer is going viral on the internet, prompting us to wonder if it is from Pathan’s set.

Many fan pages have also stated the same thing. On December 22, a picture of Khan with long, untidy hair and sunglasses went viral. Based on what SRK is wearing in the new viral shot. it’s possible that the two photos were taken on the same day.

Diganta Hazarika, an Assamese actor, appears alongside King Khan.  Diganta has appeared in films in both Hindi and Assamese. He is also said to be a member of Pathan.

Diganta first shared the photo on Instagram with the remark, “Success is not a good teacher, failure makes you HUMBLE.” @iamsrk SRK “The most famous actor in Indian cinema, but also the most compassionate human being (sic).  He eventually erased the photo, which was then shared by other SRK fan sites on social media.

Aside from the Pathan movie, Shah Rukh Khan has also agreed to work on an amusing thriller with South filmmaker Atlee. In this yet-untitled film, the actor will appear alongside Nayanthara. Shah Rukh Khan is also said to be working with directors like Rajkummar Hirani, Krishna, Raj Nidimoru, and  Atlee.

If you still haven't watched the trailer of Vijay's 'Beast,' you're missing all the action from the B-town....
Entertainment