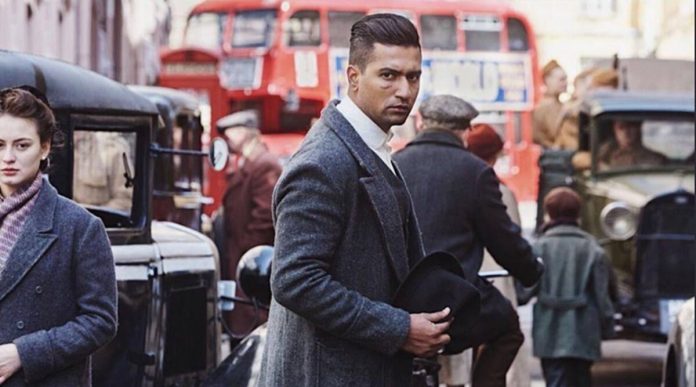 Sardar Udham Movie Review- Following the success of the Shershaah movie, another patriotic film, Sardar Udham, is here to fill our hearts. It will be released today, on October 16th, 2021, on Amazon Prime.

Sardar Udham, directed and produced by Shoojit Sircar, is a biography about a man of significance and intrigue, a pre-independence rebel renowned for a particular act but whose existence had so many moving pieces. Udham Singh assassinated Punjab’s former Lt . gov. Michael O’Dwyer in England on March 13, 1940, to revenge the Jallianwala Bagh massacre in Amritsar, Punjab India. While Reginald Dyer was also the one who delivered the permission to attack unarmed people in the walled garden on April 13, 1919, researcher Kim A Wagner in Jallianwala Bagh says that O’Dwyer “provided his tacit backing, and open sanction, for the ruthless repression of the rebellion in Punjab.

Udham Singh had been waiting for vengeance for nearly two decades. The film of Udham’s slow-burning adventure is essentially a one-man show. Sircar’s Udham, portrayed by Vicky Kaushal, appears as a beautifully devoted individual propelled by the yearning for independence from colonialism and finality on Jallianwala Bagh.

Sardar Udham Singh Portrayed by Vicky Kaushal an Indian rebel who executed Michael O’Dwyer in London (in 1940) to revenge the Jallianwala Bagh atrocity, is honored in the movie (of 1919). At the time, the previous British colonial authority was the Lieutenant Governor of Punjab (British India). Dwyer had claimed that the killing of hundreds of protesters in Jallianwala Bagh in Amritsar, Punjab, was appropriate.

First and foremost, If you’re hoping for a talky film to ignite your revolutionary fire, ‘Sardar Udham’ isn’t it. Expect no scathing dialogues or angry outbursts. Based on historical circumstances, the pre-independence drama is a seething portrait of a man tormented by grief. The protagonist’s power is numbing agony, and his voice is quiet. Loss and sorrow are so overwhelming that avenging the horrific atrocity he witnessed in his twenties becomes the only reason he exists, even after 20 years.

We are dealing with the story of a guy who, like Shaheed Bhagat Singh, was hung by the British government for his battle for freedom. Even though Udham regarded Bhagat Singh to be his teacher and that they both greeted death in the same way, Sircar emphasizes the dramatic disparities they both had in treading the path to it. Udham Singh waited 21 years before killing Dwyer, and one of the three key sections of this film shows why it took him so long. It begs the issue of why Udham Singh did not make it to the freedom-fighting legends we have heard/told in the same way as Bhagat Singh did. It took them 34 years (he died in 1940) to even collect his dead remains (collected in 1974) from the British.

During the Jallianwala Bagh terror scenario, Avik Mukhopadhyay’s unbelievably gorgeous shooting is on display. Mukhopadhyay’s photographs, along with Bhattacharya and Shah’s writing, conveys the pain of the event to you, from hiking over a mass of dead bodies to humans dropping on humans and the effort to stay alive despite Dyer and his crew’s ruthless firing. It transports you to the chaos of that wild Baisakhi morning when over a hundred of our countrymen died (the British claimed only 379 deaths to avoid bad news) because they chose to demonstrate for their freedom.

Numerous myths are surrounding whether or not Udham Singh was there in Jallianwala Bagh at the time of the tragedy. Shoojit Sircar depicts the most heinous situation of what may have happened, with Udham Singh filtering out those who are still living from the sea of lifeless bodies to save them while searching for his love interest. Ritesh Shah’s sentences, such as “Ek wahi bass apni thi, phir sab apne ho gaye” (At first, only she was mine, then suddenly everybody was), have a powerful impact without being overly dramatic.

Sircar blends a portrayal of appalling savagery with a depiction of one man’s willpower not to abandon his dangerous strategy in Sardar Udham. Sardar Udham has a fantastic level of craft, but none of it is used for the show. This brilliantly constructed film also contains a lot of souls. Every image created by the cameraman is loaded with importance and astonishing tactile and visual depth, whether it be a hazy morning in the Punjab India country, a winter weather expanse in the Soviet Union, or the dank, black interiors of a prison or an interrogating cell. Sardar Udham is a notch above the rest when it comes to Hindi biopics. It will always be a challenging thing to predict.

'Watch party' feature Launched In Amazon Prime India as the year 2020 has brought a lot of unexpected...
Entertainment

If you’re a fan of Breaking Bad, you’re in for a treat. There are a number of great...