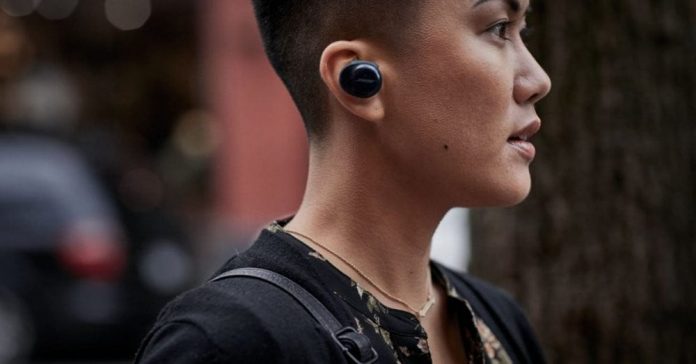 Bose is launching their first-ever wireless earbuds, the Bose Earbuds 700 edition. The company has jumped in the earbud market pretty late when compared to its competitors, Bose promises that one can compare its performance to its award-winning Bose 700 noise-canceling headphones.


Bose Earbuds 700 will host a “Pill-Shaped” body that is designed to fit right into the earlobe. The wearable company has also introduced an “Intuitive Touch Control” feature that allows smart user experience. Spilling everything on the new earbuds, here’s everything we know about the Bose Noise Cancelling Earbuds 700 so far. 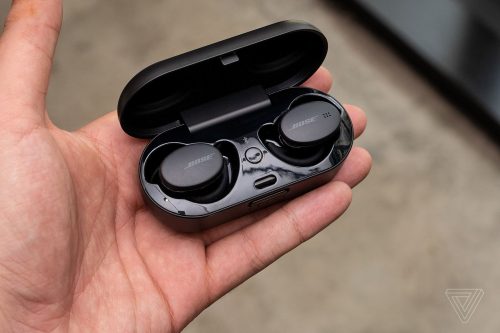 According to a tipster sharing the video of the upcoming earbuds, the Bose Earbuds 700 will have a chunky pill-shaped body with gel tips that extend back into the user’s ear. The company has managed to succumb to this design to increase stability and deliver a firm wearable experience.


As shared above, the American brand has also included “Intuitive Touch Controls”. These controls are made in such a manner that will give an ability to its user to skip and pause tracks when needed, control the volume, and perform other commands with simple swipes or taps.

Additionally, the company has also added both ‘Sweat and Water’ resistant features in the tips which makes them a prominent choice during sweaty or rigorous workouts. Thus, the brand has maintained its capability to a smart and usable design for its customer base.

The Bose Earbuds 700 comes with the “Noise Isolation” feature which will allow minute noises from the outside. Contrary to the noise cancellation feature, the company also claims to introduce a transparency mode which allows the user to hear the outside world in a brief manner.

This will ensure that you aren’t lost to your music (Could be dangerous!). The new earbuds are also compatible with voice assistants such as Google Assistant, Alexa, and Siri. So users do not find a single point to worry while connecting to separate OS devices.


While there is no information on the charging time, an average of 3 to 3 1/2 hours could be expected for these new earbuds. With a total playback time of 18 hours, the earbuds did manage to suffice our expectations. There is also an LED indicator on the case which will let you know the status of your battery.

While the pandemic is seeing a major spike on the U.S grounds, Bose faced a number of challenges this year. Bose has said that the Bose ‘Noise Cancelling’ Earbuds 700 will “launch later in 2020.” So, users can expect the product till August end. As for the price, an official word is yet to be announced.

Previous article
Samsung Galaxy M31S Launched, Checkout Price and Specification
Next article
NoiseFit Endure Smartwatch: Should You Be Buying It Or Not?
Flickonclick

Apple finally launched one of its lower segment smartphones, yea! its the new iPhone SE 2. The phone...
Entertainment

NorthEast Festival 2022 Line-Up Out: Artists Like When Chai Met Toast to Taba Chake To Perform

NorthEast Festival 2022 is all set to kick off on 23rd December. The festival that celebrated the music,...
Offers

Amazon knows exactly how to gain market traction and this time for the same reason they’re out with...
News

Now it will be much easier to book bus services as IRCTC is giving you the option to...
Technology

Microsoft is one of the most prominent tech giants out there and no wonder the reason be their...
Technology

7 Best Bluetooth Earphones and Earbuds You Can Buy

Bluetooth technology enhances the functionality of mobile phones with earphones and earbuds. It not only provides a convenient...