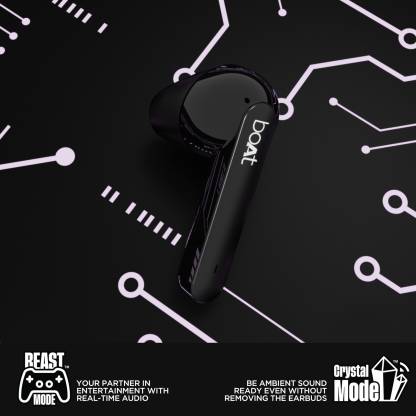 The boAt just launched their new BoAt Airdopes 461 TWS earbuds at a price of mere INR 2999. They have been known for their best in class audio devices and these new earbuds are only going to add one more feather to their cap only.

These earbuds have been made available for purchase on Flipkart and on boAt’s official online store starting October 16th, so if you want they are up for grabs currently. 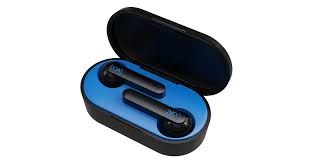 BoAt Airdopes 461 TWS comes with some of the very exciting features that can be game changes in this segment. Now, first, they’ve introduced different modes for the earbuds namely Crystal mode and Beast mode.

On a continuous playback the earbuds can last for 6 hours and apart from that if we use the carrier in the case then we get the additional time of 40 hours as well.

The ASAP Fast charge feature that we mentioned earlier is a pretty sleek one. According to boAt, charging your device for just 5 minutes can give you a playback of 1 full hour.

Talking more about the modes here, the crystal mode is for those who want to hear surrounding sounds with music. It toggles the dual microphone and lets you hear what’s going on in the nearby environment as well.

Whereas the beast mode is specifically designed for gamers and it is to be used for decreasing the audio latency while playing games. This is a huge upgrade and a nice selling point keeping the fact in mind, that gaming scenario is vastly rising in the country.
Apart from all this, the earbuds are voice assistant compatible and come with IPX5 certification and Bluetooth 5.0 with 10 meters of connectivity range.

The boAt is one of the most trusted brands in the eyes of Indian audiophiles. Whether it be their products with a heavy base or crisp sound or their ultimate after-sales experience where they come down to your homes to pick up a faulty device and replace it within a week, no questions asked, everything about them is great.

It is also preferred over other brands for one more reason and that is, boAt is an Indian brand and the current trend favors the Indian manufacturers only.

Previous article
How to Record Your WhatsApp Call. Detailed Guide For Android and iOS
Next article
Why Apple iPhone 12 Will Have No Charger Brick? Apple’s Explanation
Flickonclick

The craze for Bluetooth earphones has reached its zenith with companies like JBL, Skullcandy, Boat and many others...
Technology

Samsung is coming up with another one of its mid-ranger beasts and with that, they also started a...
Technology

Want to buy new Bluetooth Wireless Earphones, but confused because of various options available in the market? Worry...
News

After going up on stage in the European market market early last week, Poco X3 pro was launched...