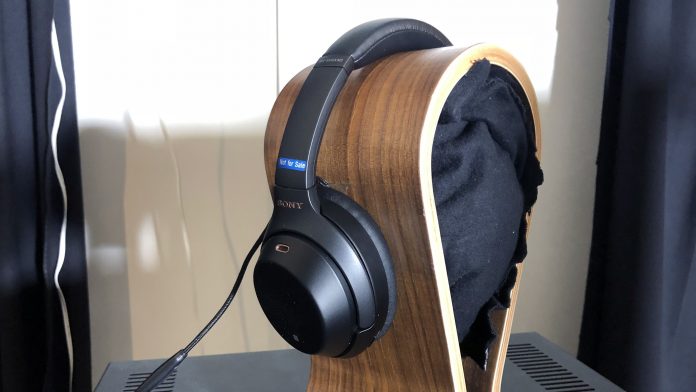 Sony is set to launch the upgraded version of its WH-1000XM series wireless headphones. The headphone WH-1000XM4 is set to be revealed later this month. But new leaks show us everything about the product. The headphone is speculated to features gesture controls and active noise cancellation.

A video published by a platform known as the ‘Sparrows News’ talks about the new upcoming Sony WH-1000XM4 headphones. The headphone is known to pack some major upgrades in its delivery and will compete with the big names include those of Bose and Sennheiser headphones. 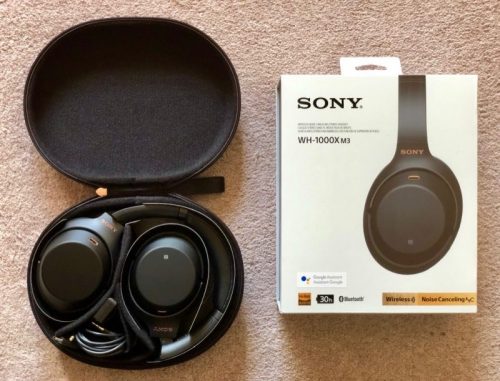 Sony hadn’t been in the headphone industry for quite a long run. Last time, the company launched a flagship headphone was back in 2018. And the fans did have to wait for almost 2 years before the company finally saw the revelation of their latest product. And the wait seems to be compromisable as well.


Going on the specifications, the new Sony WH-1000XM4 headphones will feature a “Multi-Connect” feature that allows multiple device connections at once. The headset is also seamless to connect in-between the devices and the user does not need to turn off the Bluetooth while changing their device.

Sony has also introduced a new feature called “Smart Talking”. The new feature allows the headphones to deactivate the active noise reduction in a more detailed way. So anytime the user talk in their surrounding, the headphone will automatically detect the noises and shut off the music itself.

The Japanese conglomerate has also introduced a charging option that allows the audio sensitivity to be set between “automatic, high or low”. The company has worked upon the surrounding area of the listener and has ramped up the automatic audio setting feature.

So, with this upgrade, the headset will change certain audio settings automatically based on your geographic location which will be collected via Google Maps. Sony has also spiked up the configuration of predefines settings that will allow the user to use the headset according to their environment.

For example, if a person is sitting inside a library, the headphone will automatically detect the surroundings and will automatically activate noise reduction. As these are some outlines of the major upgrades, we can now jump into the hardware section and see what Sony has brought us.

For the sound department, the headset is equipped with new technology to improve the quality of an audio file. This new technology, which goes by the name “DSEE Extreme” will produce a clear and in-depth audio quality. Sony has already given this technology on the WH-1000XM3 under the name, DSEE HX.


And it already created the havoc in the sound quality among the fans. So, users can expect a better idea of what “Extreme” stands for in the new headset. The DSEE Extreme, which is now added with the AI features mentioned above, will aim to jump up the output and will perform a better job.

The video also states that the upcoming Sony WH-1000XM4 will have 40mm hybrid drivers which are similar in size to the drivers on Sony’s WH-1000XM3. The video does not mention anything about support for advanced Bluetooth codecs including LDAC and Qualcomm aptX, but chances are, they are present.

The Sony WH-1000XM4 headphones have not been listed for an official price tag. But with all these features, users can expect the price somewhere around Rs 25,000 to Rs 28,000. Sony is set to host an audio-related event on August 6 where these new headphones will be revealed officially.

Sony has released many wireless speakers in India. These speakers include Sony SRS-XP700, Sony SRS-XP500, and Sony XG500. These...
Technology

Gone are the days when music-lovers had to put on their gaudy, huge wireless earbuds that sorely stick...
News

After the model spiked lots of rumors before its launch; Samsung has presented the very-famous K-Pop sensation BTS-...
News

Users were finally able to catch the first look at Sony’s upcoming gaming console, the PS5 or PlayStation...
Technology

7 Best Bluetooth Earphones and Earbuds You Can Buy

Bluetooth technology enhances the functionality of mobile phones with earphones and earbuds. It not only provides a convenient...
News

Users were finally able to catch the first look at Sony’s upcoming gaming console, the PS5 or PlayStation...
News

PlayStation 5 or PS5 has become one of the hottest topics in the gaming community. Trending on Twitter,...
Technology

Skullcandy is back with a new range of earbuds in the market that has attracted many music lovers....