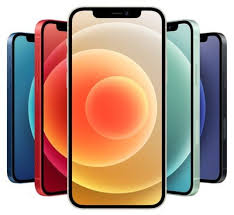 Apple has been out with the iPhone 12 and one thing which is definitely changed from the previous versions is that they are not shipping the device with a charger brick.

Apple is removing the charger and headphones from the iPhone 12 box, to cut down on its carbon footprint. #AppleEvent https://t.co/RvgHd31h24 pic.twitter.com/iY5m4l6kR2

Let’s take Apple’s point of view into consideration here. They primarily said that many previous iPhone users already have a charger and wouldn’t need one anyway.

Also, by doing so they’ve reduced the cost of their new devices to some extent which should be good news for users already having a charging brick.

But there are some other points that need to take into consideration as well. Apple commented on the same and the comment goes something like this.

“There are also over 2 billion Apple power adapters out there in the world, and that’s not counting the billions of third-party adapters. We’re removing these items from the iPhone box, which reduces carbon emissions and avoids the mining and use of precious materials.”


“Taken all together, the changes we’ve made for iPhone 12 cut over 2 million metric tons of carbon annually; it’s like removing 450,000 cars from roads every year.”

According to them, these extra chargers that are just being shipped uselessly are adding to the electronic waste and are a reason for carbon emission as well.

In a report, it was observed that currently, we have produced about 53.6 million metric tons of electronic waste in 2019. While we don’t have the stats for 2020, it’s still is predicted that by 2030, the numbers would rise up to be a total of 74 million metric tons.

Now, the real question is what happens to this electronic waste?

Well! Sometimes they are discarded and with that, it raised toxins in the air, which affects everyone and especially the workers who are assigned in the program of discarding this e-waste.

“A total of 50 tons of mercury and 71 kilotons of [brominated flame retardant] plastics are found in globally undocumented flows of e-waste annually, which is largely released into the environment and impacts the health of the exposed workers,” the report says.

Some of these waste items get moved to countries like Africa where this waste gets sold at good prices, for they can still make use of it by dismantling and using the good parts for some other usage.


Overall, we can say that e-waste management is a real issue, and if Apple really does have this in mind rather than something else, then kudos to them for bringing attention to the matter.

Now, this is something netizens can’t let go of and they’ve done their part by making a number of memes about the same. Some of them might get a tickle out of you so here they come.

No charger, no headphones with the #iphone12. The iPhone 13 will likely come in pieces that you’ll have to put together using ikea instructions. https://t.co/BaprJXmwKG

The new iPhone won’t have a charger or headphones with it. Thank God Apple doesn’t make cars. #iPhone12 pic.twitter.com/koBremqUwC

When you get an #iPhone12
but no charger in the box #AppleEvent
Meanwhile:   #Apple pic.twitter.com/DuDSvMEbur

Imagine selling your kidney to buy the new iPhone 12 and it comes WITHOUT a charger and headphones. #AppleEvent pic.twitter.com/LuoUmAsLtJ


Apple: We’re not going to include a USB charger this year. Just use one of your many existing chargers.

#iPhone12 will be released with no charger and no earphones be like.. #AppleEvent

So, what do you think? Was not shipping charger a good move from Apple which could really help the environment or was it just for some commercial purpose? Tell us in the comments down below.