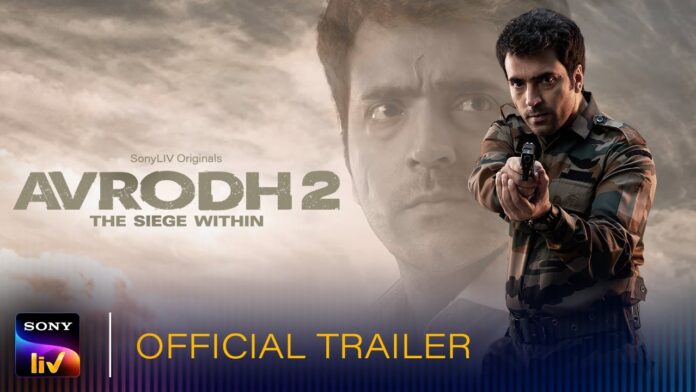 The armed services crime drama “Avrodh 2: The Siege Within” will be released on SonyLIV.  It is a War Thriller-based series that revolves around the Indian Army and the Uri Surgical Strike. The much-awaited trailer was officially launched on June 8, and the series will begin streaming on June 24 on the Ott platform, A double dose of surprises, adventure, and humor contributes to the suspense in this season’s storyline. 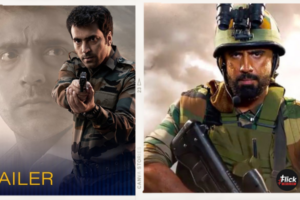 The series, directed by Raj Acharya is a dramatized true story of the 2016 Uri strike, which took place in response to an attack by Pakistan-based terrorists on a military base in Kashmir’s Uri, killing 19 soldiers, and the subsequent surgical strikes.   It is drawn on a part from Shiv Aroor and Rahul Singh’s famous book “India’s Most Fearless”.

Anant Mahadevan, Neeraj Kabi, Abir Chatterjee, Mohan Agashe, Aahana Kumra, Sanjay Suri, and Rajesh Khattar are part of the“ Avrodh 2: The Siege Within” main cast. Chatterjee has been portrayed as an income tax officer and his role as a caring and loving family man is remarkable.

About “Avrodh: The Siege Within” (part-1)

It is one of the famed series in which the very first seven episodes of the nine-episode series concentrate on strike strategy, while the latter two focus on the strike itself to fight against  Pakistani terrorists who planned the URI Attack. The last 2-to to 3 episodes are almost the same story in the movie Uri- The Surgical Strike. While the mission is being planned at the highest levels of government in Delhi, even the most senior ministers are being kept in the dark about the strategy to maintain confidentiality.

The story involves the death and repercussions of the operation of militant and terrorist groups in Jammu and Kashmir, Pakistan’s involvement in bombardments, diplomatic pressure of international forces, and even the political bureaucracy and how media organizations add to the misery.

This series is highly recommended to watch since it depicts love for the country and sacrifices made by Indian warriors to safeguard residents. As the first part was well appreciated by the audience, the same are the expectations for part 2 so do watch the trailer now.

Also Read- Janhit Mein Jaari Review: A Perfect Blend of Comedy and Thoughtfulness that will Keep You Engaged

OTT services are the most popular source of enjoyment nowadays, and it appears that we are gradually becoming...