However, you may have to pay a little bit extra than the existing standard plans of Airtel to get a free Disney+ Hotstar subscription. But it’s only fair as you will get the Hotstar membership by paying a fraction of the amount you would have to spend if you have solely purchased a subscription to the Disney+ Hotstar. 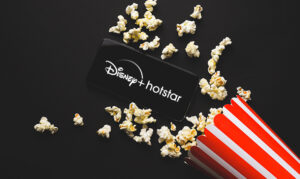 Also Read: Free Netflix on Airtel Post Paid: Everything You Need To Know

On the other hand, the Airtel prepaid plans with a free 1-year Disney+ Hotstar subscription begin at Rs 499. In this pack, the telecom company is offering 2GB of high-speed unlimited data voice calling per day for 28 days. The second plan with 1-year validity of Hotstar membership is priced at Rs 599 and offers 3GB per day of data for 28 days.

Lastly, there is an annual plan which offers 2.5GB highspeed unlimited data per day and unlimited voice calling at Rs 3359 for 365 days with a free 1-year Disney+ Hotstar subscription.

Netflix and Hotstar are two of the best OTT streaming platforms in India. Both OTT giants offer a...
Entertainment

Hostages Season 1 reached great success levels as it was taken in a good way by the audience...
Offers

The same situation of lockdown is seemingly arriving, so it's better to be ready with a data pack...
Entertainment

The best horror movies on Hotstar will fill your need for eerie and uncanny sensations that you might...
News

Airtel, Jio, Or Vodafone: Which Postpaid Plan to Choose From?

Jio, Airtel, and the newly named Vi (Vodafone-Idea) have been getting a new postpaid plan now and then,...
Entertainment