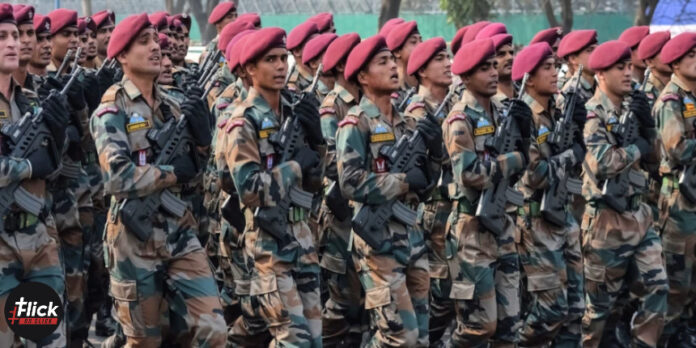 Agnipath Scheme 2022, designed by the Central government to recruit candidates for a minimum of four years in the Indian Airforce, Indian Navy or Indian Army, was launched officially on 14th June 2022. Mass protest against the scheme has been orchestrated in several parts of the country, but the government has made it clear that the Agnipath Scheme 2022 will proceed as planned.

Things you should know before applying for Agnipath Scheme 2022: 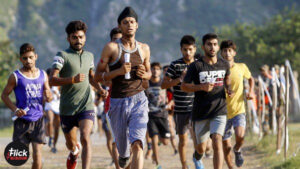 1- Youth falling under the age bracket of 17.5 years to 23 years are the only ones who can apply for the posts under this scheme. Earlier, the upper age limit was set at 21 years, but the central government has decided to raise it this year.

2- Only 25% of the candidates recruited will get a full-time job with the Indian defence forces after their term of four years comes to an end.

3- 8th, 10th, and 12th pass youth are eligible to apply for different posts under the scheme.

4- The recruitment will be done under the Service Act, which states the total duration to be four years, including the training period.

5- An annual remuneration of ₹4.76 lakhs will be paid to the recruited candidates. The package can be upgraded up to ₹6.92 lakhs during the four-year term.

6- Ration, dress, travel allowances, the Seva Nidhi package, and compensation for death and disability are other advantages associated with the scheme.

Indian Army released the notification for the Agniveer recruitment. The application process will begin in the month of July. Various posts in the Indian Army will be filled through this scheme. The age limit for all the posts is 17.5 to 23 years, but the educational qualification varies for every position.

Different Posts and Qualifications Required for them:

Tradesmen- All Arms- A candidate must have qualified 8th class from a recognised board with at least 33 percent in each subject.

General Duty- All Arms- Class 10th qualified with at least 45 percent marks overall and a minimum of 33 percent in each subject.

Technical- All Arms and Technical Aviation and Ammunition Examiner-  12th Pass in Science with PCM and English. Fifty percent of marks and a minimum of 40 percent in each subject are required.

Clerk and Store Keeper Technical- All Arms- 12th Pass in any stream but overall of 60 percent marks and a minimum of 50 percent in English, Accountancy or Mathematics. 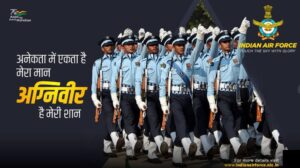 Indian AirForce has announced that the application form is now open, and candidates who are willing to apply can fill the form until 5th July 2022. The various posts for which the recruitment is being done are not yet announced by the Indian AirForce. A written exam for recruitment will be conducted in the last week of July. Enrollment will begin on 11th December 2022.

A candidate who has passed class 12th in the Science stream with PCM and English can apply for the recruitment if the overall percentage is higher than 50. Also, candidates with a three-year engineering diploma from a recognised polytechnic institute can apply for the various posts if the overall percentage is more than 50 and, in particular, not less than 50 in English.

A candidate who has secured a two-year vocational degree can also apply if the overall percentage is more than 50, specifically not lower than 50 in English. Arts and Commerce stream students who have passed 12th with an overall 50 percentage can also apply for a few posts.

Indian Navy is soon going to release a detailed notification about the entire process. The application form is expected to be available from 1st July 2022. A written exam will be conducted in mid-October, and enrollment will begin on 21st November 2022.

Unmarried people will be the only ones allowed to apply for the Indian Navy. Not much is known about the educational qualifications required for the various posts for which the Indian Navy will recruit candidates.

Previous articleBest Airtel and Jio Recharge Plans Under Rs 300 You Can Avail
Next articleFlight Offers 2022: Get Everything From Reduced Fares to Free Date Change
Virat Verma

Indian Army has developed an instant messaging platform called 'Secure Application for the Internet' (SAI). The app is...
News

On Tuesday, Defence Minister Rajnath Singh and the commanders of the Army, Navy, and Air Force revealed a...
News

Indian Army has developed an instant messaging platform called 'Secure Application for the Internet' (SAI). The app is...
News

On Tuesday, Defence Minister Rajnath Singh and the commanders of the Army, Navy, and Air Force revealed a...