M.S. Dhoni: The Untold Story’ captured our hearts and it is the best cricket movie at the box office. Meanwhile, we had great expectations for ‘Sachin: A Billion Dreams,’ but it proved out to be a documentary.

With ’83’s distinctive and brilliant ensemble cast, the trend hopes it will trend more towards ‘M.S. Dhoni: The Untold Story.  Let us not neglect Late Sushant Singh Rajput’s outstanding portrayal as ‘Mahi’ (Mahendra Singh Dhoni), which made an indelible impact on our emotions.

Despite saying that, the public is anxious to see Ranveer Singh in the role of the legendary Kapil Dev. With Ranveer’s previous appearances in mind, one may ask if he’d style it down for the portrayal or give his unique quirky twist. 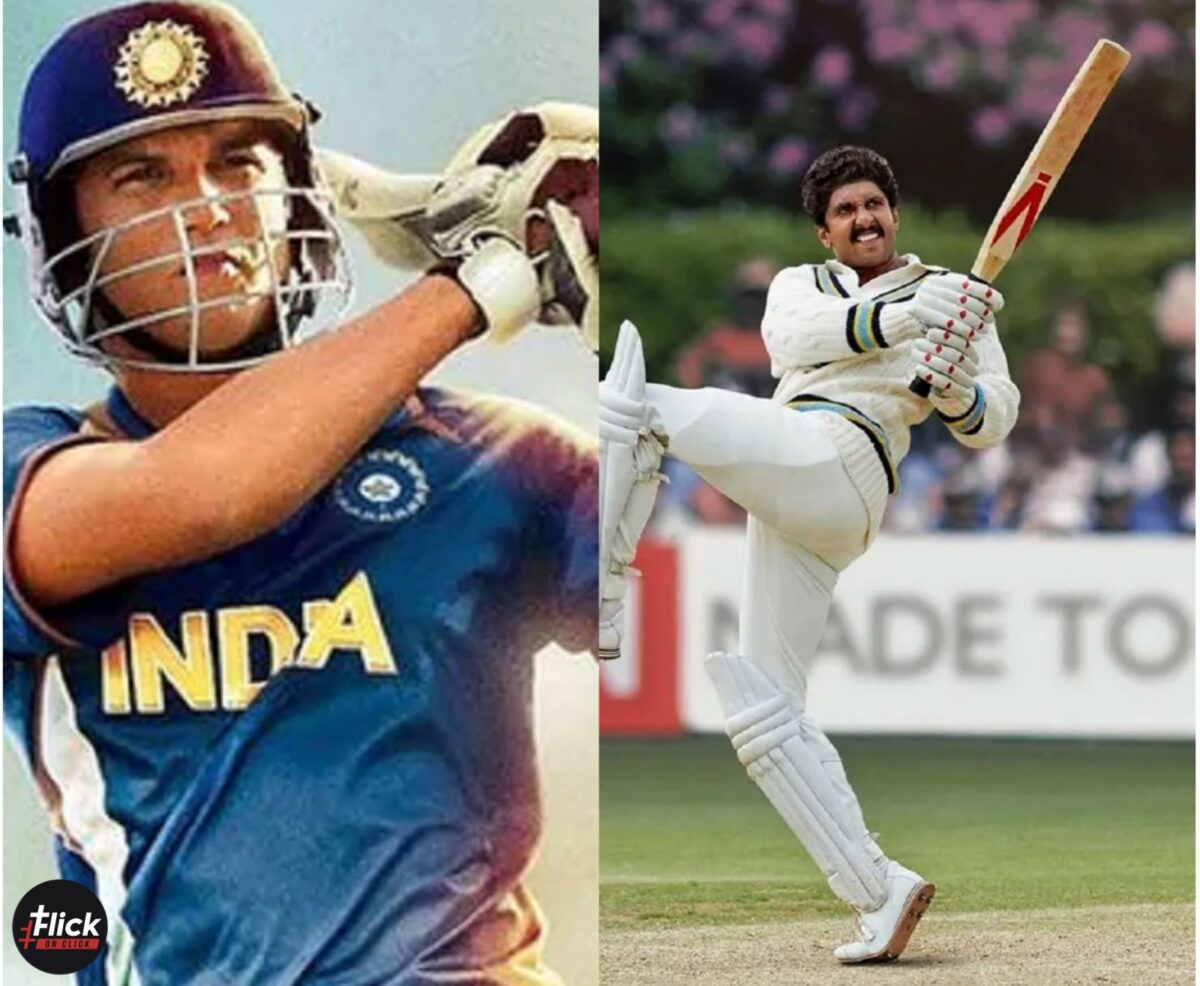 Ranveer Singh portrays Kapil Dev in 83. It is the best cricket movie based on India’s memorable World Cup finals victory over the West Indies. Kabir Khan directed the movie. Given the movie’s scope and composition, this Sajid Nadiadwala, Deepika Padukone, Vishnuvardhan Induri,  Kabir Khan Reliance Entertainment, and Phantom Pictures production is a major winner by the end of 2021. The movie that would be daring at the box office?

Skipper Kapil Dev led a team of underdogs from India to the nation’s first-ever World Cup victory in 1983. 83 movie is produced and directed by Kabir Khan, captures the story of this squad, which educated a country to trust and stake its expectations on its cricket players by coming back home as a group of extraordinarily gifted world winners.

Kabir Khan employs an ingeniously planned passport scene to introduce the spectator to the actors in the first few minutes of the movie. He also combines dialogue and casual chats to reveal a reality: Indians did not expect India to win the World Cup. That’s when you understand this movie isn’t about conquering on a global scale; it’s about earning recognition.

Yes, 83 plays on the nationalism theme far more than were necessary. The film’s mood would have emphasized the argument that the rhetoric sequences were attempting to express. ’83’ had the potential for some terrific music, which could have provided a better pace to the story. But, once more, Kabir Khan sets a high standard for himself with this.


M.S. Dhoni: The Untold Story best cricket movie of all the time

M.S. Dhoni: The Untold Story grossed a lot of money; it had a large opening and then continued to draw a lot of people. This Neeraj Pandey best cricket movie, based on the true story and circumstances of former  Indian cricket team captain Mahendra Singh Dhoni, was an outstanding spectacle in which Sushant Singh Rajput delivered a very decent version of himself.

The first half of this approximately 180-minute film delves into the intriguing minutiae of a mediocre boy’s life in Ranchi, a hilly town. People care about one another, and there is a great love for gifted children. Nobody, not even the cricket authorities, is a villain here. People are supposed to travel to new places with optimism and hard effort.

When India is trailing Sri Lanka by 114 scores in the 2011 Cricket World Cup final, a guy decides to take command of the situation. It assists that he is also the skipper of the team. He walks softly past the audience, joins the ground, and makes history. The picture of the cricketer twisting the bat as if brandishing a sword is ingrained in our minds.

Despite its duration, MS Dhoni: The Untold Story does a good job of entertaining and engaging its viewers. While it does not provide significant insights into Dhoni’s cricketing achievements

it does provide a captivating account of his personal situation. This is the movie to see if you always wanted to stand up close and personal with MS Dhoni the person. It’s a superb biopic that turns its subject into a real hero.

M.S. Dhoni: The Untold Story is a timeless classic. It shows a true story of an ex-Indian cricketer who overcomes personal and financial difficulties to join Team India. Moreover, the movie depicts those moments when Team India lift the World Cup after 28 years under the captainship and hardworking innings of Mahendra Singh Dhoni.

Whereas 83 movie depicts the history of team India. When India lifted the world cup for the first time under the captainship of Kapil Dev. In terms of appearances, Ranveer Singh has absorbed Kapil Dev and has sunk into the skin of the role from the start. Ranveer’s line delivery is superb, as he once again demonstrates the breadth of his acting abilities.

83 is a well-made sports film that received huge appreciation from the viewers and transport them back to the times of India’s historic cricket world cup victory. 83 was not a flawless movie, and therefore neither was the Indian cricket squad. It’s a tribute to legends’ legacies.

We Flickonclick urge that you see two of the best cricket movies ever in Indian cinema. Both films will give you goosebumps and inspire a sense of patriotism in your hearts for the legendary players of Team India.

Previous articleBigg Boss 15: Munmun Dutta enters as a top contender, goals for a ticket to Finale
Next articleMovies From Birthday Girl Deepika Padukone That Can Be Watched Twice
Udit Arora

Bollywood star Shahid Kapoor is gearing up for his big screen return. As the trailer for his upcoming...
Entertainment

Bollywood star Shahid Kapoor is gearing up for his big screen return. As the trailer for his upcoming...