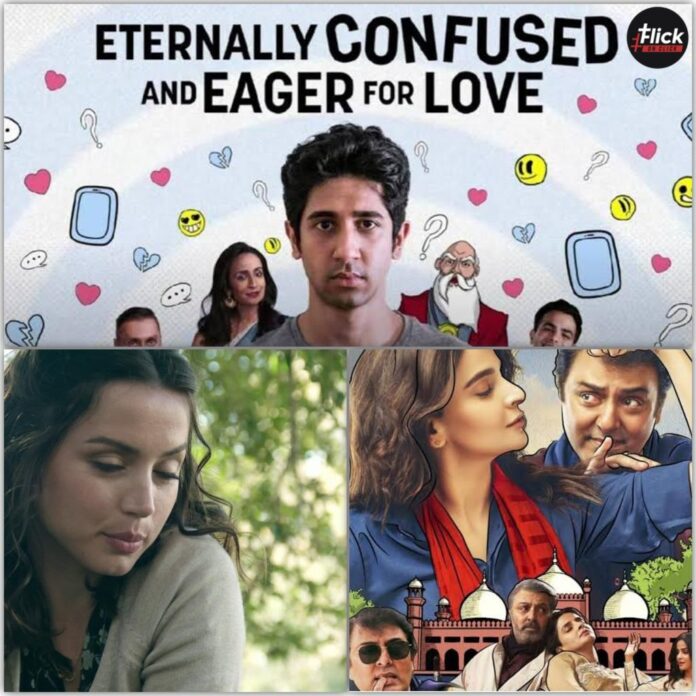 Is your list of OTT shows to binge-watch prepared? With the arrival of numerous digital streaming platforms in India, audiences may now view all of their favorite shows.

OTT services such as Hotstar, Amazon Prime Video, Netflix, Voot, and others have started releasing amazing binge-worthy programs that are far superior to broadcast serials. Here’s a glance at what Shows is coming out this week on streaming Platforms

The movie features Ben Affleck and Ana de Armas. Deep Water is a psychological drama inspired by Patricia Highsmith’s 1957 novel of the same title. The story follows a married couple on an unexpected adventure. Ana de Armas, the spouse, is permitted to have as many boyfriends as she wants as long as she does not leave her husband (Ben Affleck).

However, things take a turn for the worst when her boyfriends begin to die sequentially. Deep water is one of the best OTT shows that is going to be available on Amazon Prime on 18th March 2022.

The show, co-produced by Zoya Akhtar and Farhan Akhtar, describes the adventures of a confused and uncomfortable 24-year-old through the world of 21st-century sexuality, love, or romance.

Ray, the befuddled young adult, is played by Vihaan Samat, while Jim Sarbh represents Ray’s inner monologue. Rahul Bose, Suchitra Pillai, Dalai, and Ankur Rathee all play important roles in the drama. Rahul Nair, a first-time director, is in charge of the series. Eternally Confused and Eager for Love is available to stream on 19th March 2022 on Netflix.

The sociological thriller drama presents a “conflict narrative” that deals with societal class disparities. The plot centered around a well-known reporter and her chef.

The popular Xbox gaming franchise’s live-action series adaption is planned to debut on Voot Select. From the eyes of Spartan supersoldier Master Captain. Moreover, the series portrays a 26th-century struggle between galactic humanity and the alien race Covenant. Watch this show on Voot Select on 18th March 2022.

Mrs. & Mr. Shameem is a ZEE5 exclusive show about 2 friends, Shameem and Umaina, who share a particular bond. When the guy she loves deceives Umaina. As a result, Shameem tries everything he can to relieve her suffering. In reality, Mrs. & Mr. Shameem will be on OTT Zee5 on March 18, 2022.

Bloody Brothers is a riveting thriller that you must watch. Hence, the six-part ZEE5 original follows the lives of older siblings, Jaggi and Daljeet. The older brother, Jaggi, lives a luxurious and ideal life, whilst the smaller brother, Daljeet, battles to pay the bills while running a vintage volume shop/café.

When they hit an elderly man while going home that evening, their lives take a turn for the worse. Bloody Brother, on the other hand, will be available on OTT Zee5 on March 18, 2022.

Previous articleWhy The Kashmir Files is being given so much limelight?
Next articleShah Rukh Khan Launched his new OTT App SRK+, Salman Congratulates him on Twitter
Udit Arora

Dulquer Salmaan and Sunny Deol starrer Chup movie is going to release in the theatres on 23rd September...