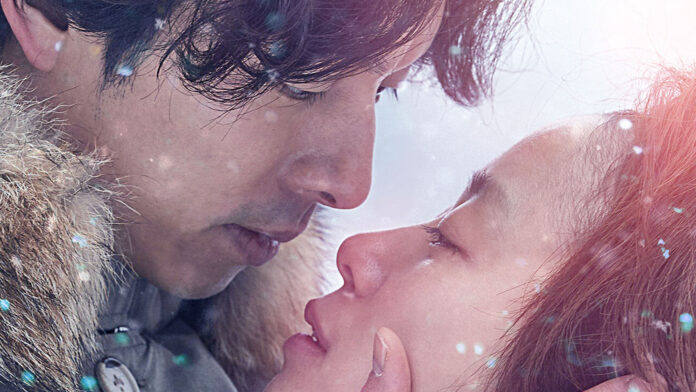 The growing popularity of Korean Romantic movies has spawned an entirely new market in India. Because of the popularity of these movies, you don’t have to rely just on English subtitles to view them. Popular Korean dramas dubbed in Hindi are now available on Indian and foreign OTT platforms such as ZEE5, Netflix, and Amazon prime. With so many Korean dramas to choose from, we’ve compiled a list of ten popular Romantic Korean movies available on Platforms that you shouldn’t ignore. Some latest movies are going to be dubbed into Hindi very soon but for the early watch, you can enjoy them in English with Subtitles.

My Sassy Girl is a breezy love story with some emotional ratios and is available on amazon prime Video. My Sassy Girl, one of the most successful Korean Romantic movies of all time, is also beloved in many South East Asian nations, including Japan, China, Taiwan, and Hong Kong. The film is so well-received in these areas that it is frequently compared to Titanic.

Tune in for Love

Kim Go-Eun and Jung Hae appear in the 2019 romantic Korean movie. The chapter is set in the 1990s and is inspired by the 1997 IMF emergency. Mi-soo, a devoted part-time pastry worker, unwittingly shares stories with Hyeon-o on a talk radio program. Both quickly become infatuated with each other, but their circumstances keep them apart, even though they manage to meet up. We won’t give you any more surprises, but the film is the perfect blend of love, trust, and tolerance. Jung Hae In will undoubtedly raise your hopes.

The film depicts the adventure and hardship of maintaining a long-distance romance. When confronted with real-world opportunities and obstacles, a couple experiences the highs and lows of attempting to maintain a long-distance flame. Jang Hyeok was a loving partner to Jung Da-Eun when they first began dating, but he is no longer because he is becoming attracted to someone else. The film has a realistic finale that will assist you and your spouse comprehend each other’s point of view from their point of view.

Since it deviates from the usual guy meets girl premise, this film has the potential to become a cult classic. On her deathbed, Soo Ah assures her hubby, Woo Jin, and son, Ji Ho that she will come to them a year later during the monsoon season. While the father-son combo understood it wasn’t going to happen, they were still hoping for it a year later. Soo Ah follows through on her vow and goes home, but she has no recollection of her past life. Soo Ah is aware that her time at home is dwindling after only being able to spend a short moment with Woo Jin and Ji Ho.

The Handmaiden is a work of art that takes viewers beyond the limits of social knowledge of truth and deception. The film portrays the love story of two women, Lady Hideko (Portrayed by Kim Min-hee) and Sook-hee (Portrayed by Kim Min-hee). Lady Hideko is a rich princess who lives on an estranged property and is constantly attempting to break away from the harness commanded by her Uncle Kouzuki (Cho Jin-woong). Sook-hee, on the other side, is employed as Hideko’s maid in order to steal her riches. Park’s romantic Korean movie is thoughtfully organized into three parts, each with its own significance.

So, no more tears or strings connected, because this 2022 film will undoubtedly boost your Korean streaming standard. The film is essentially a South Korean rom-com with a naughty and fun aspect. Netflix’s Love and Leashes is a cutesy love story in the vein of Fifty Shades of Grey. For two coworkers who enter into a formal relationship as consenting participants in fun, pleasure, and pain. While teaching some of the most basic concepts, the video offers a sympathetic and fresh perspective on BDSM-centered couples, with no explicit sequences.

A Moment to Remember

The classic 2004 film is unquestionably one of the best Korean Romantic movies made by the Korean entertainment world. The film will cause you to feel a surge of feelings all over your body. A story about a clothing designer who meets a carpenter after a mistake outside a grocery store. They reconnect later at a worksite and begin to fall for each other on a daily basis. Later, they marry with the intention of living happily ever after, but the starlet soon finds that this is not the case. Her amnesia worsens, and she is identified with Alzheimer’s disease, a rare variety. It’s the story of an immensely strong love that strives to prevail against all circumstances.

You can expect great things from a fantasy romance Korean film starring two famous K-drama actors, Song Joong-ki and Park Bo-young. Sun Yi (Lee Young-ran), an elderly woman, returns to her hometown after receiving a surprise call that her old family home is being auctioned. She returns to the country cottage where she grew up (younger counterpart played by Park). As soon as she arrives, her thoughts return to a 47-year-old connection she had with a boy.

I’m a Cyborg But That’s Okay is a little different from other Korean Romantic movies. It is another masterpiece from Park Chan-wook. The movie features K-pop singer Rain as Park Il-sun and Lim Soo-jung as Cha Young-goon.  The best and most unusual aspect of the film is its transformation of an unorthodox location into a beautiful love story and romance film. The main characters’ capacity to embrace each other despite being dysfunctional and going through personal traumas makes them highly special. The film’s two protagonists are anything but typical, exactly like love, as they venture far into fantasy while exploring true feelings.

A Man and A Woman

On a frigid day, Sang-Min (Portrayed by Jeon Do-Yeon) requests a light from Ki-Hong (Portrayed by Gong Yoo). The two individuals had dropped off their kids at a pick-up location for a children’s vacation in Helsinki, Finland. The man and woman create a flame of common interest. The parents decide to walk their kids to the camping. A blizzard forces them to stay overnight at an inn on their journey back. They stroll through the forest to a private sauna in the morning. They depart the following day without learning each other’s names. A Man and A Woman is one of the best Korean romantic movies available to stream on ZEE5.