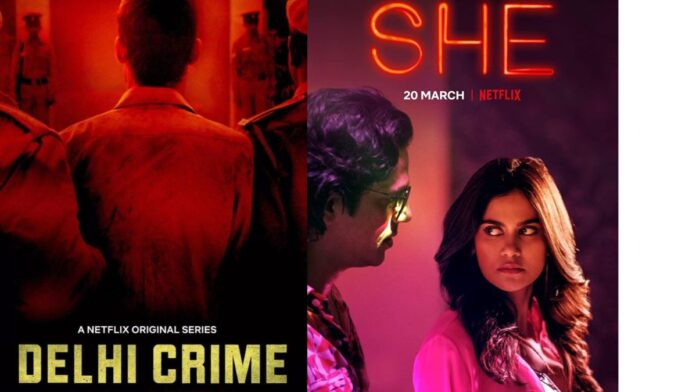 In India, Netflix, throughout the past few years, has been the top content provider. You can consume a wide range of information on this platform across several genres. The public has been captivated by a variety of Indian web programs available on Netflix. Let’s take a look at some of the top Indian web series that Netflix has to offer right now, despite the fact that the service is still working to give some content that completely engages its audience. Let’s look at the 6 Best web series to watch today on Netflix.

A couple in their mid-20s named Kavya and Dhruv experience life’s ups and downs as they explore contemporary relationships, how to balance work and home, and other minor issues while living together. Among all the thrillers and crime dramas that Netflix has to offer, this rom-com series is a breath of fresh air.

Delhi Crime, without a doubt the best program on Netflix, is a potent recreation of a crime that rocked the country to its core in 2012. This web series, which is based on the Nirbhaya case, recounts what happens following the terrible gang rape as DCP Vartika Chaturvedi moves forward in her quest to catch and punish the perpetrators.

The first Indian program to achieve so, this one even took home the Outstanding Drama Series prize at the International Emmy Awards. It is the Best web series to watch today on Netflix.

A Mumbai-based female cop goes undercover while working on a case and discovers that she is a badass. One of the best things on Netflix is this crime drama, which was written by Imtiaz Ali and Divya Johri. As the series’ main character, Aditi Pohankar delivers a wonderful and realistic performance.

Ghoul, one of the first Netflix India Originals, has just three episodes. As a result of being possessed by a Ghoul, a new prisoner in a military detention facility uncovers various sinister secrets of his interrogators. The storyline, which is a little sloppy in some places, is surpassed by the performances.

This show is one of the best Indian web series on Netflix, a competent adaptation of Vikram Seth’s well-known book “A Suitable Boy.” The plot of Lata’s story is set in post-Independence India, when her mother wants her to marry a “decent” boy. The plot involves a lot more than just a marital search. It is a historical exploration, a thought-provoking look at love, a celebration of talent and artistry, and, all in all, a celebration of uniqueness.

A story about love, or its lack, in the lives of some ordinary people who end up being somehow tied to one another. With amazing actors like Geetanjali Kulkarni, Sheeba Chaddha, Neeraj Kabi, Anud Singh Dhaka, and Anshul Chauhan as its leading ladies, Tajmahal 1989 offers a novel perspective on the nuanced complexities of love.