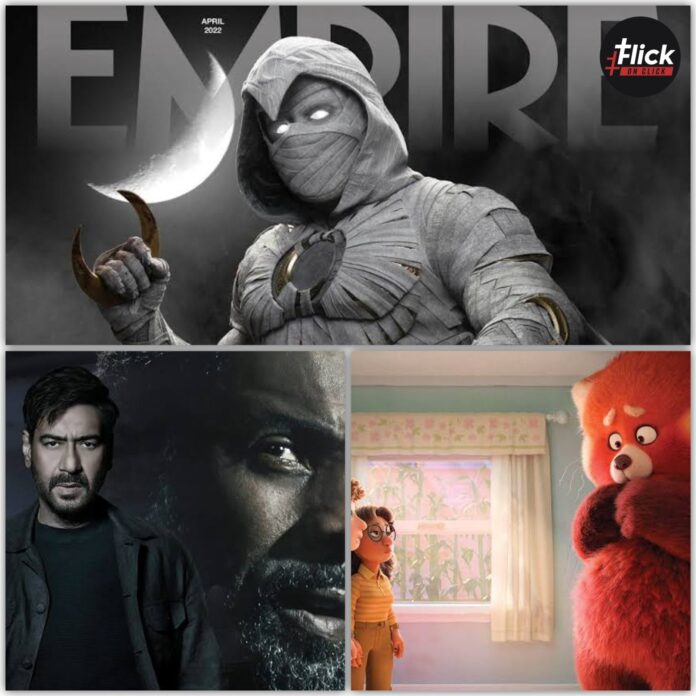 Do you enjoy binge-watching and are always looking for new movies and web series to watch? You’ve arrived at the right; listed below are the new movies and series that will be available in March on Disney + Hotstar. Check out the full list of Movies and Web series set to be released in March 2022.

The Ajay Devgn starrer psychological criminal thriller Television show Rudra, based on the British program Luther. So, it is one of the most anticipated programs on the Disney + Hotstar OTT platform. Esha Deol and Rashi Khanna will also be featured in the key roles in this cop-hunt tv show, which is set to premiere on March 4th of this year.

This cartoon family comedy, the first Pixar picture directed by an all-female team, will be released on March 11. Turning Red gives you a glimpse into the turbulent life of a teenager. Who transforms into a large red panda when she is overcome with passion. Who wouldn’t want to see such an adorable red panda playing off with its fluffy tail?

A treat for all Marvel lovers is on the way, with a release date of March 30th this year. Marvel comes with an explosive adventure story Moon Knight, in which Steven Grant and mercenary Marc Phantom probe Egyptian god riddles from within the same corpse.

Fred, a middle-class doctor, enjoys every Saturday and Sunday with his daughters Clara, Victoire, and Romy. Times evolve, though, when a young woman named Emma enters this lovely family and Fred met and fell in love with her. As Fred and Emma become closer, the family’s generally charming girls turn their father’s world upside down in an attempt to end this amorous engagement.

Steven Spielberg’s West Side Story, which has been recognized for seven Academy Awards, will be available on Disney+ Hotstar on March 2. The movie is slated in 1957 and is about two people named Tony and Maria who fell in love at a school concert. West Side Story is one of the best Disney + Hotstar love drama movies that are worth watching.

Pamela Adlon’s great series tries to learn from the history and looks to the future in its 5th Chapter. However, with starlet and single mum Sam Fox (Adlon) recognizing she has given slight period to herself. Moreover, with trying to raise 3 daughters who have reached adulthood and having to manage her mother (Celia Imrie) who develops noticeably older every day. Sam, on the other hand, isn’t getting any younger.

The movie Cheaper by the Dozen is a forthcoming American comedy-drama. The work is motivated by the real-life Gilbreth household and the semi-autobiographical narrative of their lifestyle as published in the 1948 book Cheaper by the Dozen by Frank Bunker Gilbreth Jr. and his sister Ernestine Gilbreth Carey. It was a recreation of the 1950 and 2003 movies of the same title. Gail Lerner will produce the picture, which was co-written by Kenya Barris and Jenifer Rice-Genzuk Henry. The new remake of the existing version of Cheaper by the Dozen 1950 and 2003 movies is going to be Broadcast on Hotstar on 18th March 2022.