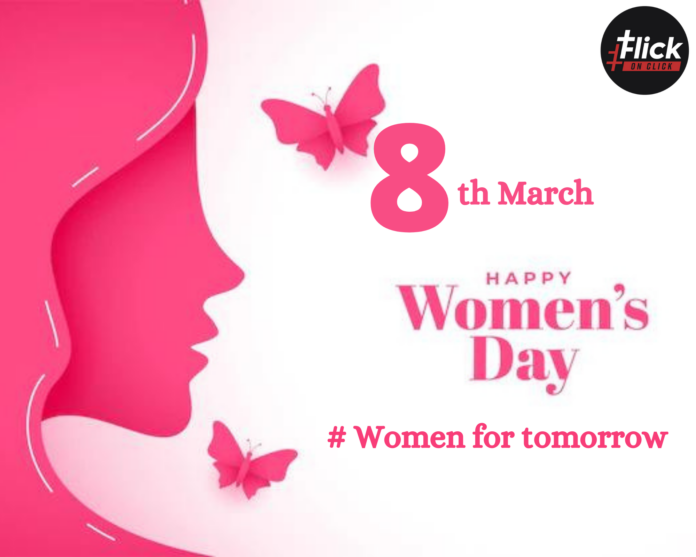 International women’s Day is an excellent time to honor and appreciate not only the women in your lives but women all across the world. It’s a day to honor women’s strength, equality, and everything they’ve accomplished throughout history, as well as to acknowledge the crucial path that many continue to confront.

Every year on March 8, International Women’s Day is celebrated to honor female empowerment, financial, cultural, and political accomplishments. Despite different societal hurdles, women have proven their mettle in every area around the world.

Regardless of how you choose to commemorate the day, whether it’s a social isolation walk with your closest buddy or reading up on feminist history, there’s something about viewing an inspirational movie that can be both uplifting and powerful.

The film, directed by Gauri Shinde and starring late star Sridevi, was released in 2012. The plot of the film centered around an Indian woman who suffers little affronts from her well-educated husband and daughter due to her inability to communicate in English. Luck is with her when she goes overseas and enrolls in an English course.

The film, featuring Kangna Ranaut, demonstrates that a woman can do everything with or without a man. Kangana plays Rani, who is upset when her boyfriend (Rajkummar Rao) abandons her just before the marriage. Undaunted, she decides to accompany them on their vacation alone. Hence, where she is pushed out of her bubble and rekindles herself.

The film teaches everyone the significance of the phrase no means no. Moreover, It is a female-centric movie featuring Taapsee Pannu, in which she portrays Minal, who, after being assaulted with her friends, attempts to file an FIR against a politician’s nephew. When the ensuing case is manipulated, Deepak (Amitabh Bachchan), a former lawyer, assists them in fighting the case.

Sonam Kapoor portrays Neerja, a flight crew who joined Pan Am flight 73 in 1986, in this film based on a true event. However, the plot follows Neerja and what occurs when her flight is hijacked by terrorists. In the poignant biography, Neerja puts her life in danger to prevent terrorists from harming the people on the plane.

Kahaani movie, featuring Vidya Balan, is the tale of a pregnant, single woman looking for her spouse. This, however, is not the case. It’s a story about bravery, determination, and a woman’s will to never give up. As a result, the film depicts how a lady, once determined, will go to any length for her family members. Kahaani has to be on your list because of Vidya Balan’s ground-breaking performance and Sujoy Ghosh’s fantastic direction.

Mary Kom is a 2014 Indian Hindi-language biopic sports movie made by Omung Kumar and financed by Viacom18 Motion Pictures and Sanjay Leela Bhansali inspired by the career of the titular boxer Mary Kom. In fact, the movie stars Priyanka Chopra in the starring character, with newcomers Darshan Kumar and Sunil Thapa playing her hubby and coach, respectively, and portrays Kom’s journey as a fighter to her triumph at the 2008 World Boxing Tournament in Ningbo.

The film, directed by Anubhav Sinha and featuring Taapsee Pannu and Pavail Gulati in the key roles. However, It describes the tale of women who are victims of domestic abuse. Amrita (Taapsee) is a beautiful woman who lives happily with her husband, Vikram (Pavail). When he assaults her at an office celebration, her happiness is broken, and she files for divorce.

So, now that we Flickonclick has covered everything, celebrate International Women’s Day by watching these female-centric Bollywood flicks that flawlessly highlight women’s strength, power, and courage.

A powerful and an impactful movie by Yami Gautam.A Thursday is a sincere endeavour to make a film faithful to its crime and thriller genre. A Thursday, written by Ashley Michael Lobo and Behzad Kambata, is a dramatic narrative of a lady struggling against the system to achieve justice after years of living as a victim of the system. It’s powerful, moving, makes you wonder, and keeps you captivated till the finish. A Thursday is a Yami Gautam show, and she brings her A-game. However, the setup abandons her a little.