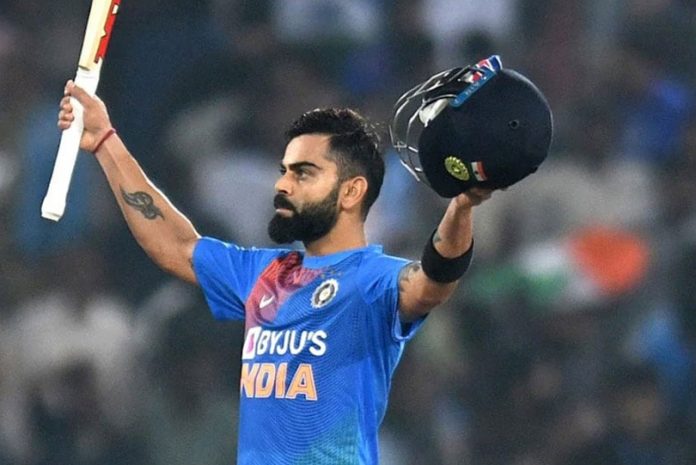 Virat Kohli is not just a cricketer anymore, he is a global sensation even on the social media platforms. Who doesn’t want to get famous these days? Having a huge fan following on social media has become a trend now that many people aspire for as it is turning into a fortune these days because these platforms are running on entertainment business-grounds.


Talking about getting famous on these platforms, then our Indian Cricket Team Captain ‘Virat Kohli’, also known as ‘King Kohli’ on Monday became the first Indian to cross 100 million followers on Instagram. He is the first-ever Indian to achieve a 100 million followers’ goal and the International Cricket Council (ICC) welcomed ‘King Kohli’ over social media and congratulated him for entering into an elite club that features Cristiano Ronaldo, Lionel Messi, Neymar Jr., Ariana Grande, and Dwayne Johnson.

Some of the Precious Gifts That Anushka Sharma &#038; Virat Kohli’s Daughter Vamika Has Received so Far

After Virat Kohli, stunning actress Priyanka Chopra Jonas (Desi Girl) is the most followed Indian celebrity on Instagram with 60 million followers and in the future, she will be the next to join the elite club.


Reaching 100 million followers on Instagram is a great milestone but our Indian Cricket Team Captain is currently focusing more on the fourth and final Test match against England held on March 4. Kohli is currently practicing with his team in Ahmedabad and gearing up to bring victory for team India.

India is leading the Test series by 2-1 and needs to win or draw the last match against England in order to qualify for the World Test Championship final. The team seems to be in a good shape and all set to fire up the ground with its stunning performance and gameplay.

Virat Kohli is the second-richest cricketer in the world after Sachin Tendulkar with a net worth of Rs...
Fitness

Fitness is a crucial concern for all athletes. Many cricketers are well-known for their bodies and fitness. Because...
Technology

Instagram has established itself as the most used advertising and branding platform in recent years. Whether you are...
News

The 7th seat holder PV Sindhu from India; carrying the wishes and hopes of her motherland, goes up...
Lifestyle

Internet is a lovely place. It can save and destroy us in ways we cannot even imagine. The...
Technology

Instagram has become the opium of the masses. Many people tend to carelessly scroll their Instar feed all...
World News

WhatsApp, Instagram, and Facebook went under a huge wave of outage in India and worldwide on Friday night....
Entertainment

Disha Patani and bikini are a natural match. The actress possesses an unrivaled assortment of some of the...