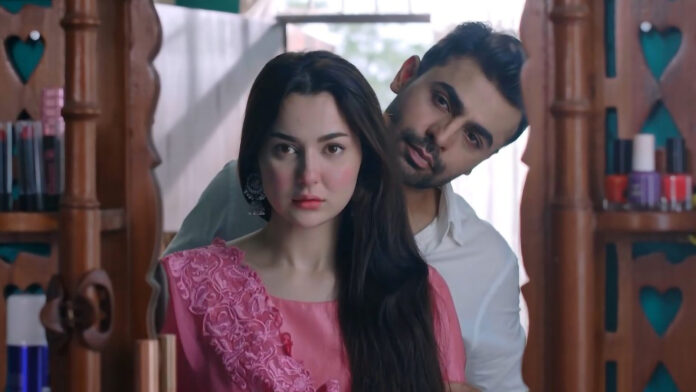 Pakistani dramas have started to gain popularity with their engaging content that makes people wonder about where the storyline is headed. Pakistani romantic dramas in particular have become the talk of the town due to their likeable characters that make people love Pakistani love stories. Here we have listed the best romantic Pakistani dramas that you can watch online right now.

One of the best romantic Pakistani dramas to watch right now, Deewangi is a feel-good show. Nageen and Sultan, who come from different backgrounds, have a tense confrontation when Sultan’s unannounced proposal permanently damages his self-respect. It is impossible to establish a strong bond between Sultan and Nageen because of their love-hate relationship.

Due to the untimely passing of Khirad’s mother, Khirad and Ashar are under pressure to be married. But Ashar’s best friend Sara, who is in love with him, is devastated. It’s a complicated love story that you won’t find in any other Pakistani romantic drama.

In the show, two people who despise one another are forced to be married by their families. They make preparations to call off the wedding, but they gradually fall in love. This is certainly one of the best romantic Pakistani dramas to watch online. It will keep you hooked due to the love story that ultimately grows on the viewers.

Manahil and Salahuddin, two neighbours form the core of this romantic Pakistani drama. They reside in a rural area in Sindh. Salahuddin’s younger sister Beeya’s best friend is Manahil, also known as Mannu. Salahuddin leads a humble existence with his mother, father and sister while Mannu’s family is large and prosperous. The two people with completely different lives fall for each other in this romantic drama.

Salma and Sohail lead modest lives but strive to find the perfect life partner. As a result, they both used deception as a coping mechanism and created fictitious identities on social media to connect with their ideal partners. It’s one of the best modern-day romantic Pakistani dramas to watch online.

This Pakistani drama tells the story of two lovers whose life was destroyed by a man who loved the female of the couple. Will the couple be able to rebuild their love life? The answer to this question forms the crux of this romantic Pakistani drama.

Zara’s aunt Shazia and cousin Alizeh start to dislike her when Zara’s parents die in an accident and her uncle Jamal begs her to move in with him. Zara must decide whether to fall into their trap or find real love. It certainly ranks among the best romantic Pakistani dramas of all time.

An account of three households. A young girl who saw her father kill her mother. A family with a good education trying to fit in. A weak villager who is violated and abandoned for dead by influential villagers. It’s one of the most hard-hitting Pakistani romantic dramas to watch online right now.

When Rudaba is made to reside in Bashar’s home, her entire life changes. Bashar Momin has the right to disrupt Rudaba’s life due to his selfishness and ability to abuse his position of authority. Nevertheless, Bashar conceals a sinister truth behind his intimidating demeanour.

Last but not least on the list of best romantic Pakistani dramas is Partition which tells a love story set during the days of the Indo-Pak partition. A Sikh ex-soldier who has been plagued by war lends shelter to a young Muslim woman who has been cut off from her family during the chaos and brutality of Partition.

Are the traditional Indian TV dramas and the so-called modernised Hollywood and Korean Dramas not matching your taste...
Entertainment

Love stories are worth experiencing all year long, so you don't have to wait for Valentine's Day to...
Entertainment

Are the traditional Indian TV dramas and the so-called modernised Hollywood and Korean Dramas not matching your taste...