Sacred Games and Mirzapur are those Hindi web series that almost all of us have already watched online. These series started the revolution in India about web shows or series. 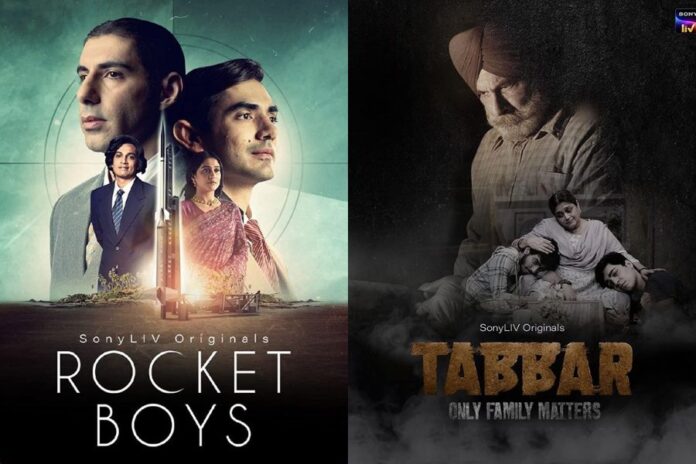 Srikant Tiwari is a middle-class man who also works as a world-class spy; he tries to balance his familial responsibilities with those at the National Intelligence Agency’s highly secretive special cell. It’s definitely one of the best Hindi web series in 2023 to watch online on Amazon Prime Video’s OTT platform. The series stars Manoj Bajpayee, Priyamani, Samantha Ruth Prabhu and Ashlesha Thakur in the main roles. It has an IMDb rating of 8.7.

This is also one of the best comedy web series, along with being one of the best Hindi web series to watch online on the OTT platform Amazon Prime Video in India. The show follows an MBA graduate who takes up a job in the Panchayat of a rural village in India. The series stars Jitendra Kumar, Neena Gupta, Raghubir Yadav and Chandan Roy in the main roles. It has a great IMDb rating of 8.9.

Recently, the second season of this show dropped on the OTT platform ZEE5 after almost 5 years. TVF Pitchers is the story of the trials and tribulations of four young entrepreneurs who quit their day jobs in order to pursue their start-up venture. The Indian web series stars Naveen Kasturia, Jitendra Kumar, Biswapati Sarkar and Arunabh Kumar in the lead roles. It’s a motivational web series that will light up the fire in you. It has a mind-blowing IMDb rating of 9.1.

Probably the best Hindi web series to watch online on Netflix India, Delhi Crime is a harrowing tale that serves as an eye-opener for Indian society. Shefali Shah, Rasika Dugal, Rajesh Tailang and Tilotama Shome star in this critically acclaimed and Emmy award-winning web series. The show is based on the police investigation after the crime that shook the country. It has an IMDb rating of 8.5.

Rocket Boys is a severely underrated Indian web series to watch online right now. The Hindi web series currently streaming online on the OTT platform SonyLIV is without a doubt one of the best inspirational shows in India. It follows the story of two extraordinary men, Homi Jehangir Bhabha and Vikram Ambalal Sarabhai, who created history while building India’s future. The show has an IMDb rating of 8.9.

This show has been hailed by critics as an accurate and faithful display of Kota students preparing to crack the IIT entrance exam. Jitendra Kumar has played a fantastic role in this show. Definitely, one of the most recommended Hindi web series to watch online on Netflix right now. The show follows Vaibhav, who comes to Kota to prepare for the IIT JEE and NEET. This Indian web series has a fantastic IMDb rating of 9.1.

Based on the life of Harsha Mehta, who was one of the most notorious corrupt stock market traders in Indian history, Scam 1992 was an unexpected hit that took the world by storm. It’s one of the best crime thriller Hindi web series to watch online on the OTT platform SonyLIV. The thrill and drama in this web series are second to none, and despite knowing what will happen in the story, the viewers find themselves to be drawn into the storyline. It has the highest IMDb rating in this list of best Hindi web series, with 9.3.

The Indian web series on Netflix follows cousins, Sunny and Rocky, along with their school dropout friends, who run a wildly successful phishing scam from the remote village of Jamtara in Jharkhand. However, things turn sour for them when a powerful local politician and the police get to know about their illegal activities. The interesting show recently dropped its second season on the OTT platform Netflix. The IMDb rating for this show is surprisingly only 7.3.

People are still awaiting the second season of this great action thriller web series despite there being no announcement made by Amazon Prime Video. The show follows a cynical police officer who is assigned to apprehend a criminal who leads him to the dark world of the underworld. Jaideep Ahlawat and Abhishek Banerjee play the lead in this Indian web series that is a must-watch right now on Amazon Prime Video. The show has an IMDb rating of 8.

Last but not least on the list of best Hindi web series to watch online right now is Tabbar, an Indian drama web series streaming on SonyLIV. The show stars Pavan Malhotra, Supriya Pathak, Gagan Malhotra, Nupur Nagpal and Ranvir Shorey in the main roles. The series recounts the journey of a former police officer who defies all odds in order to save his family from the consequences of an unfortunate incident.