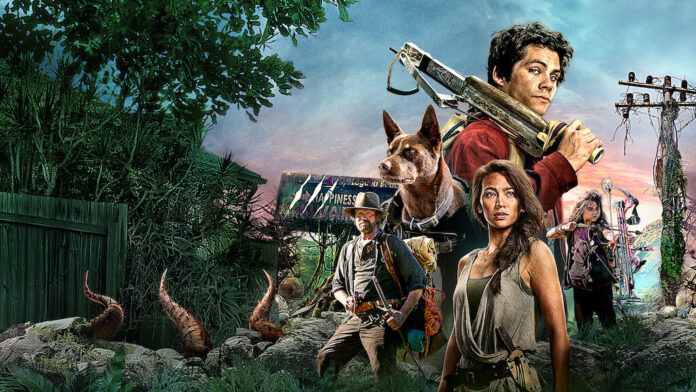 Adventure movies dubbed in Hindi have their own different appeal for the viewers. Indians love mythological, action-adventures and treasure hunt films in Hindi. Here we have collected the best adventure movies in Hindi, which are now streaming on selected OTT platforms.

One of the best adventure movies in Hindi on Netflix, this film follows two teenage brothers from Brooklyn who are introduced to their Hawaiian heritage and long-lost connections, sending them on a journey to hunt down a treasure.

One of the greatest adventure movies of all time is now streaming in Hindi on Netflix. This film, based on a true story, is about two men who fight to survive while searching for a lost map in the vast landscape of Greenland.

The Jurrasic World franchise is still a favourite among adventure lovers. This adventure movie is now available in Hindi on Amazon Prime Video. Two generations of heroes must unite to shape the destiny of humanity and dinosaurs.

Another thrilling adventure movie about finding a lost treasure that we really found fascinating, The Lost City is a must-watch. A writer and her hapless cover model are thrust into a jungle thrill after being kidnapped to uncover a lost city. One of the best adventure movies in Hindi on Amazon Prime Video.

5- Indiana Jones and The Raiders of the Lost Ark

Easily among the greatest adventure movies of all time, Indiana Jones and the Raiders of the Lost Ark is now streaming in Hindi on Amazon Prime. Indy and his ex-flame must fight through various ordeals to find the mysterious ark.

Another treasure hunt adventure movie that we truly found fascinating and thrilling. Uncharted is about a street-smart treasure hunter and his mentor who go on a mission to find the Megallon’s lost gold. You may watch this flick on Netflix.

This is a recently released film on Netflix. 7 years after surviving a monster apocalypse, a man sets out of his bunker to reunite with his ex. It has all the elements to be included in the list of best adventure movies in Hindi on OTT platforms.

Sean, a teenager, teams up with his stepfather when he finds out that his grandfather is probably living on an uncharted island. Their journey is filled with adventurous moments. This is streaming on Netflix.

9- Jumanji: The Next Level

Kevin Hart and Dwayne the Rock Johnson, are awesome in this adventure movie. Spencer goes missing, and his friends realise that they must play Jumanji to bring him back. Easily one of the best adventure movies in Hindi on Netflix.

10- Jumanji: Welcome to the Jungle

Four mismatched college students are sucked into a video game and transformed into their quirky adult avatars. Together they must clear the game and survive to finally find their way back to the real world. It is also streaming on Netflix.

If you are a person who loves romantic movies and want to spend your New Year's eve with...