If you have been bombarded with the news of a third ‘Blue Tick’ being added to the WhatsApp chats as a new feature then be warned as it’s very much fake news. No! We’re not claiming that but WhatsApp does itself to steer its users clear of any misguided actions and misinformation. 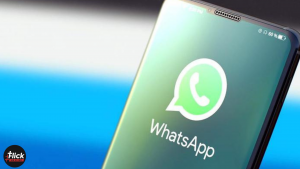 Now, the news of the third blue tick started to surface after WhatsApp filed a lawsuit against the Indian government in which they claimed that with the new IT rules, the privacy of its users is at stake.

The reason being that if the rules are implemented then the Government would be able to easily trace the conversations and it would hurt their end-to-end privacy model, which they are known for.

During this time when there’s a cold war going in between the Government and the Facebook Group after the threat of ban for social media sites is announced, the notorious crowd of WhatsApp went into action. Without wasting a living second of their life, they came prepared with news that’s time-specific and believable.


Now, WhatsApp has warned its users not to be misguided with any such fake news and only trust official forums such as when WhatsApp or a trusted source is behind the information.


Now, according to the fake news,  the role of the third blue tick was that it would denote if the message is being delivered and read by the government or any third party regulator as well. It is advised for you to not believe any such news and encourage others to do the same.

It seems that WhatsApp users are enjoying new features so far but the demand for new updates never...
Technology

How could this be?! WhatsApp messages has end-to-end encryption facilities, after all! Much to your dismay, this isn’t the...
News

If you're someone who gets their chunk of daily news then you should already be aware of Facebook's...
Technology

JioMart In Whatsapp: Reliance set to Root JioMart in WhatsApp

This new initiative was taken by Billionaire Mukesh Ambani, who owns Reliance Retail Ltd. plans to launch its...
News

Recently, Facebook-owned number one messaging app ‘WhatsApp’, has made an announcement regarding the launch of WhatsApp insurance and...
Technology

One of the most frequently anticipated features of the world's most popular instant messaging app was the option...