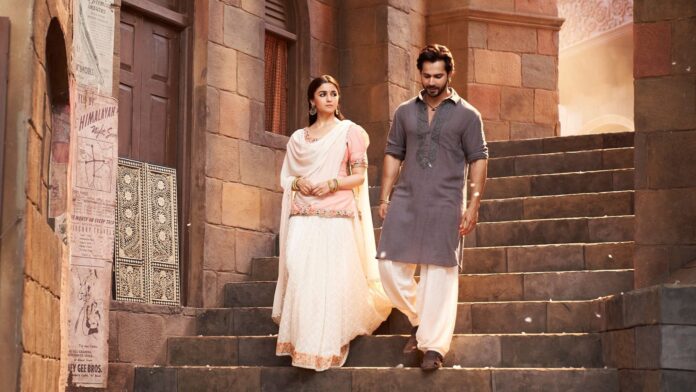 Kalank Twitter reviews: While some have praised about the Kalank film , others on Twitter have performed what they do best: shared humorous comments to the film via gifs and jokes.

Kalank, the multi-starrer historical love story, reportedly had the best opening weekend of 2019. However, it hasn’t stopped individuals from sharing their responses to the film on Twitter.

While some have thrilled about the film, others on Twitter have done what they do best: shared humorous comments to the film via memes and jokes. enjoy the memes and jokes below

Some Twitter users have joked that the glamour provided by Varun Dhawan and Aditya Roy Kapur is Kalank’s sole saving grace, while others have lauded Sonakshi Sinha’s portrayal and hoped she had been given more television viewing.

People on Twitter have tweeted responses that will have almost anyone in shakes, from using the name of the film to parody it, to scenes and conversations from it and other movies. Here are some Kalank Twitter reviews.

Me After wasting Rs.375 on Movie #Kalank pic.twitter.com/9Vc0njYRR1

Saw the FDFS of #Kalank just for #Sridevi as the queen was supposed to do this film. Was utterly disappointed to see how poorly the great talents have been wasted. @karanjohar @DharmaMovies were u guys on weed while making this film. Such a waste of money #KalankReview #Disaster pic.twitter.com/DDLlcyrgOO

Previous article
“A character that will stay with me forever,Malti.”-Deepika Padukone, ready for her upcoming film, Chappaak!
Next article
How Zomato and Swiggy Changed the food industry in India.
Flickonclick

.The Netflix new 8-episode series "Indian Matchmaking" has been seeing a whopping amount of reactions over the internet....
News

If you are a series fan, then Marvel's Moon Knight has surely been one that you wish to...
News

Google Pixel 5 is the latest flagship from the conglomerate and they are currently shipping it out as...
Entertainment

If you are a series fan, then Marvel's Moon Knight has surely been one that you wish to...