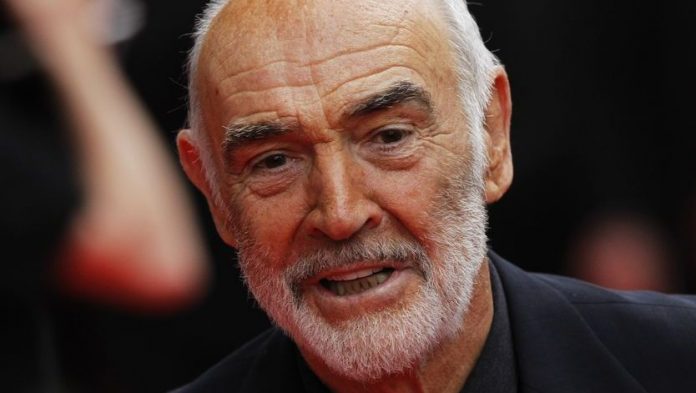 Who hasn’t heard about the ‘007: James Bond’, well! everyone has, right? Now, the very first person who was cast for the legendary role of James bond was Sean Connery.

At the age of 90, it’s hard to say but he’s not anymore with us, the true James Bond has finally left for his final resting place.

The actor died in his sleep and it was a natural death, which is a relief to many of his fans but they are still devastated at this big loss. He was not having good health for some time and it was kept a secret affair, as told by his son, Jason Connery.

His son quoted ” “We are all working at understanding this huge event as it only happened so recently, even though my dad has been unwell for some time. A sad day for all who knew and loved my dad and a sad loss for all people around the world who enjoyed the wonderful gift he had as an actor.”

Producers Michael G. Wilson and Barbara Broccoli: “We are devastated by the news of the passing of Sir Sean Connery. He was and shall always be remembered as the original James Bond whose indelible entrance into cinema history began when he announced those unforgettable words —

Some of the Bond Franchise films that he’s known for are Entrapment, The Hunt For Red October, Finding Forrester, Highlander, The Man Who Would Be King, The Name Of The Rose, and The Untouchables. He also got an Oscar for his role in The Untouchables.

The cause of death is not yet revealed but might soon be out to the public. At this moment, the Connery family wants to keep things private and we should respect their wishes by not digging deep.

The biggest of stars shared their condolences and among them was also the name of Bollywood’s Mahanayak ‘Amitabh Bachchan’.

The lockdown has been witnessing one after another, falling down of big names, and along with the whole situation, it makes things worse. Starting from Irfan Khan, Rishi Kapoor, Chadwick Boseman, to the controversial case of the death of Sushant Singh Rajpoot and now Sean Connery, we’ve already lost a few too many.

Tighten your belts to get on a shopping spree because this festive season, JioMart is bringing you the...
Entertainment

JioMart is back with another awesome shopping festival that will make your holidays worthwhile. To celebrate Raksha Bandhan...
News

The Redmi Note 11T 5G will be released on November 30th. This handset has generated a lot of...
Offers

Get ready to save big with JioMart's Grand Republic Day Sale! From electronics to smartphones, JioMart is offering...
Offers

Planning for a trip or having a scheduled meeting to attend but questioning what mode of travel you...
Offers

Flipkart Diwali Sale: Upto 80% Off on Smartphone and More Items

Flipkart Diwali Sale is back and the offers are coming in like raining cats and dogs. Now, you...
Offers

Times Prime is a comprehensive digital membership service platform, an initiative by the digital arm of Times Group...