The Captain Vikram Batra biopic, Shershaah is all set to be released on August 12th, 2021. Directed by Tamil filmmaker Vishnu Varadhan and backed by Karan Johar’s Dharma Production followed by Sidharth Malhotra and Kiara Advani in lead roles 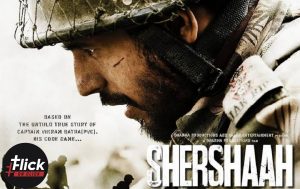 Actor Sidharth Malhotra, playing the lead role in the upcoming movie, recently uploaded a reel on his Instagram page with co-star Kiara Advani.

The reel included their re-creation of one of the movie’s romantic songs – ‘Ranjha.’ This video had both their fanbases in a frenzy over the insane chemistry both of them had.

As most people must know, both Kiara Advani and Sidharth Malhotra have had dating rumors surrounding them for a while now. This makes fans fall even more in love with their on-screen romance.

However, despite all the rumors, neither one has said a word regarding them.

In Shershaah, Kiara Advani plays the fiance of late Captain Vikram Batra, Dimple Cheema. After Captain Vikram was martyred in the Kargil war in 1999, she did not remarry.

After the launch of the film trailer, Kiara Advani said to Indian Express in an interview, “It’s amazing that when you know, all the odds are against you and you know there will be a lot of hurdles, but you don’t look at it as a hurdle, and you embrace it. That’s the way they both embraced their personal lives and their story together, with so much courage. She supported him….”

Kiara and Sidharth spoke about how it felt to portray someone as brave as Captain Vikram Batra on-screen. He said, “I remember feeling this sense of pride mixed with excitement and anxiousness when I first heard the script of Shershaah.

So many of us know Captain Batra’s story, the sacrifice he made, and the braveheart he was. To be able to reflect that on the screen was an essential step for me. His courage played a crucial role in the Kargil War.