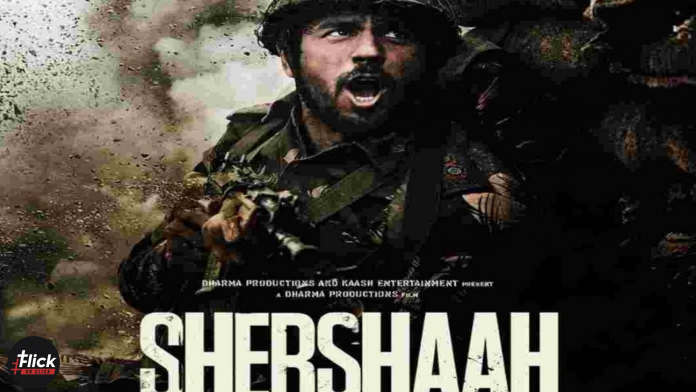 We all love a movie that brings out our patriotic side. In an ultimate tribute to Captain Vikram Batra (PVC) and the Indian Armed Forces, Amazon Prime Video launched the ‘Shershaah’ trailer at the Kargil Vijay Divas celebrations in Kargil Sunday.

Jointly produced by Dharma Productions and Kaash Entertainment, the much-awaited war drama is a tribute to the courage and valor of the Kargil war hero, Captain Vikram Batra (PVC).

Whom is Shershaah based on?

The annual celebrations held to honor the heroes of the Kargil War served as the ideal stage to unveil the film’s trailer.

The intriguing trailer of Shershaah promises powerful performances by all the actors, enthralling dialogues, captivating visuals, and an engaging story, from powerful background music that complements the pace of the trailer to some intense performances. The fans are definitely in for a treat and a lot of eye candy.

Respects and references to the real hero

Lead actor Sidharth Malhotra spoke on the release of his film. He said, “Playing a man in uniform always instills a sense of pride but portraying a legendary war hero like Vikram Batra was a huge responsibility to shoulder on and perform.”

“The role called for a lot of physical and even more mental preparation to get into his shoes and bring to life the real-life story of a man whose courage and grit stood unmatched,” he added.

He continued, “I have tried my best to stay true to his persona and courage, and I am thankful to the Batra family for trusting me. ‘Shershaah’, as a film, is very close to my heart.”

‘Shershaah’ will release on August 12, 2021, on Amazon Prime Video. (ANI). Definitely, a movie to look forward to for all the die-hard fans out there! Stay tuned for further updates.

Previous articleHostel Daze Season 2 Trailer: The Fresher’s Gang is Back as Seniors
Next articleTop Coke Studio Songs You Must Listen To and More
Flickonclick

Who does not want to watch a new series, right? And to keep you entertained this May, Amazon...