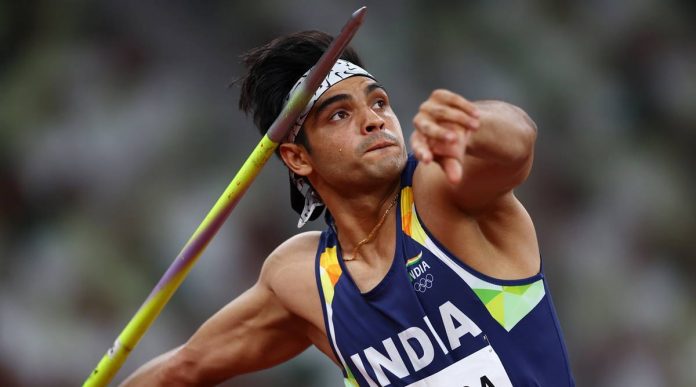 Neeraj Chopra won the first gold medal for India in the Olympics 2021 in his second attempt at throwing Javelin to 87.58m. The 23-year-old made India proud with his feat and broke many records, all at once.

Currently, he is the second individual from India to win an individual gold medal after Abhinav Bindra in shooting, which was back in the 2008 Beijing Olympics. He was seen hosting India’s flag in the closing ceremony and the country would be awaiting his arrival back home for a pleasured surprise.

What a moment. What a champion. 🙌

Moreover, if we talk about Javelin throw final match then Neeraj came on top after beating J. Vadlejch from the Czech Republic by a very good margin. Vadlejch scored 86.67 m which was close to less than 1 meter shorter than Neeraj’s score of 87.5. In Javelin throw 0.83m is a good margin.

Most of them all it is India’s 7th Medal in this Olympics and do you know what that means? Well! It means that India is at an all-time high for the total number of medals after the 2021 Tokyo Olympics.

The celebrations are already in order and we got the video of Neeraj’s village Khandra in Haryana where people are just more than happy. We can see them dancing on the tunes and just being happy that someone from their known has not only represented India on a global level but aced at it too.

If you go into the back story of Neeraj then you’ll get to know that he started track and field sports just to get in shape as he was too chubby.

He turned out to be a gold medalist in the biggest games of them all, The Olympics. This is nothing short of something that can turn into a great biopic. Which is a probable thing of future going by the trends of the Bollywood industry.

Not only that but India got another medal, which was a bronze bagged by Bajrang Punia. He made it throw in Men’s Wrestling. We cannot forget how important his contribution is to the Indian Olympic Records.

We’re glad that the scope of sporting events such as Javelin and wrestling are gaining popularity in a country as restrictive as India. Let’s hope to close with more medals like these in Olympics 2024 which is happening in Paris.

Neeraj Chopra, the Olympic gold medallist for India in the Javelin throw, won a gold medal at the...
News

Neeraj Chopra, the Olympic gold medallist for India in the Javelin throw, won a gold medal at the...
News