Check out the release date, cast and budget of the upcoming Hinglish movie featuring Shamita Shetty in the lead. 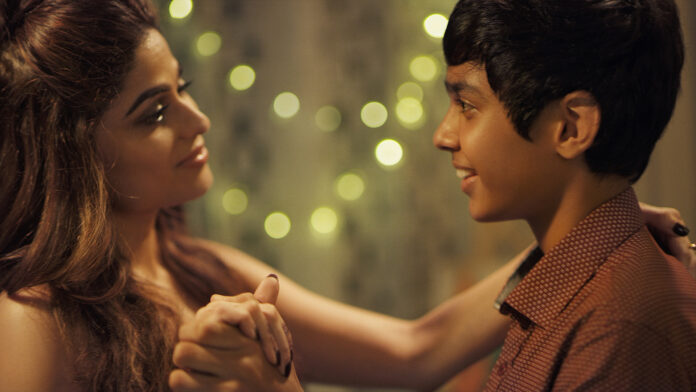 Shamita Shetty is all set to return to the big screen after a gap of 15 years with The Tenant movie. The film is officially scheduled to release in the theatres on 10th February 2023. The movie is directed by Sushrut Jain. Here we have covered the release date, cast and budget of Shamita Shetty’s The Tenant.

The Tenant is a coming-of-age story about an unusual friendship between a single modern woman and a teen adolescent who is just starting to explore the world around him. The Shamita Shetty starrer is a fun family entertainer with humour and heart at the soul of it.

Recently Shamita Shetty said, “Not only does it mark my return to the cinemas but also narrates a story that so closely reflects a much prevailing and disturbing aspect of society. The film has already received heartwarming love at international film festivals and I’m glad the story finds a heart universally.”

The Tenant Cast and Budget

Shamita Shetty, Rudhraksh Jaiswal, Swanand Kirkire, Sheeba Chaddha, Atul Srivastava, Divya Jagdale, Manish Anand, Harsh Mayar, Akshat Singh and many more feature in this film. The Tenant is made at a budget of about Rs 5-10 Crores. The film is produced by Kanchan Kalra, Daniel Walter and Sushrut Jain.

Many of us are profoundly affected by movies because it is a combination of photos, songs, speech, lighting,...
Entertainment

Actor Varun Dhawan claims that he has had invitations to act in south Indian films since the start...
Entertainment

Project is the working title of an upcoming sci-fi Indian movie directed by Nag Ashwin. The sci-fi film...