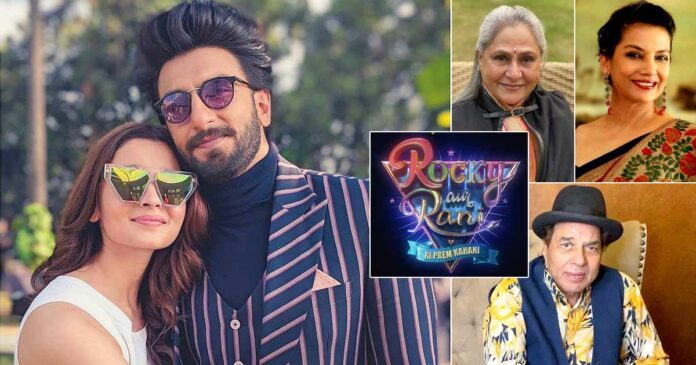 Rocky Aur Rani Ki Prem Ki Kahani is an upcoming romantic comedy movie which is slated to release in the theatres on 28th April 2023. The movie stars Dharmendra, Jaya Bachchan, Shabana Azmi, Ranveer Singh and Alia Bhatt. The film was announced in 2021, and since then, it has been in the making. Here we have covered the budget and box office collection prediction of Rocky Aur Rani Ki Prem Kahani.

Rocky Aur Rani Ki Premi Kahani is made with a budget of Rs 60-70 Crores. It is a mid-budget film produced by Dharma Productions. The movie is being directed by veteran filmmaker Karan Johar. Earlier, the film was scheduled to release in February 2023, but it was postponed due to the pregnancy of Alia Bhatt. Karan Johar’s past few films have failed at the box office to recover their budget, and he will be hoping for a change of fortune with this film.

Rocky Aur Rani Ki Prem Kahani is expected to earn around Rs 100 Crores at the Indian box office. The film has all the buzz and hype to easily cross the 100 Crore mark at the box office in India. However, if it receives negative reviews, then the filmmakers can end up suffering a loss.

Oppenheimer is made at a budget of US $100 Million, which makes it one of the most expensive...