Ratan Tata Invests in Goodfellows: A Companionship Start-Up for Elderly 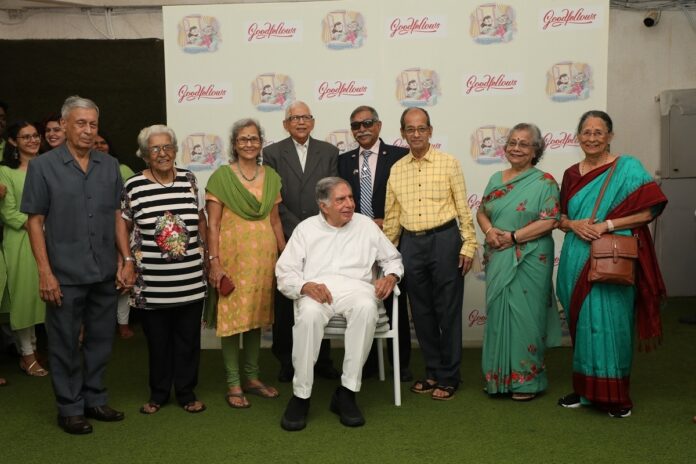 Respected and revered industrialist Ratan Tata who is known for his calm demeanour and humble persona, has decided to invest in a start-up called Goodfellows, which provides companionship to the elderly in India.

Tata has been a vocal supporter of start-ups since his retirement from the Tata group. He has already invested in over 50 budding enterprises till now.

Goodfellows is a start-up originated by Shantanu Naidu, who is the business assistant of Ratan Tata. According to sources, Ratan Tata has invested an undisclosed amount of money in Naidu’s venture. Naidu is also a general manager in the Tata group. He is an alumnus of Cornell University. The 30-year-old is the first one to come up with the concept of providing companionship to the elderly in India.

Ratan Tata was present at the launch of Goodfellows and said, “You do not know what it is like to be lonely until you spend time alone wishing for companionship”.

Tata seemed highly impressed by Shantanu Naidu’s idea and appreciated him for the same. He also forgave Shantanu for spending a lot of his office time outside to concentrate on this new start-up.

The former Tata Group chairman added that no one cares about older people until they are themselves old. The veteran industrialist further said that it would be quite a challenge to provide elderly people with good-natured companionship.

Shantanu Naidu mentioned at the launch that there are over 50 million elderly people in India who are living by themselves with no one to care for them. He said that his start-up Goodfellows is aimed at providing friendly companionship to these people who have no one to talk to.

What Exactly Does Goodfellows Do?

The company is quite new and currently testing out the effectiveness of its measure with 20 elderly people in Mumbai. Goodfellows is soon expected to expand its services to Pune, Chennai and Bengaluru.

Shantanu Naidu wants to scale the company to a national level; however, he does not want to compromise on the quality of companionship offered to the elderly. Hence Naidu has decided to take it one step at a time.

Common Mistakes You Should Avoid When Naming Your Brand

Flickonclick If you're looking to start up a company right now, you might decide not to place so much...
Finance

FD: A Safe Investment with the Highest Security Ratings

There are numerous investment options in the market like FD,mutual funds, shares, etc, but the volatility demands investors...
Lifestyle

Early are the days in your sophomore year. You are fresh, energetic, and have less to lose, enjoying...
News

Save Yourself From These Common Mutual Funds Investment Mistake

Investment mutual funds is a risky thing due to people not having actual knowledge of do's and don't....
News

We all are aware regarding the tension amidst China and India at LAC. The rash bloodbath at the...
Finance

FD: A Safe Investment with the Highest Security Ratings

There are numerous investment options in the market like FD,mutual funds, shares, etc, but the volatility demands investors...
Finance

Where to Invest? Best Government schemes in India to invest in 2022

Is there a more secure Investment choice than the one offered by the Indian government? Government schemes and...