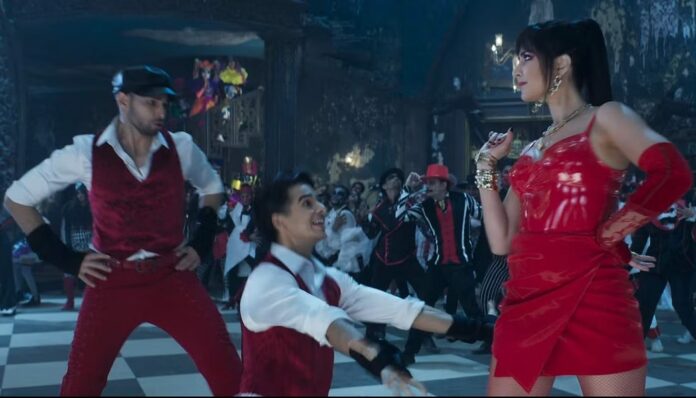 Phone Bhoot Review: The film is fun and filled with crazy madness. A complete family entertainer that showcases the unique avatar of Katrina Kaif. Ishaan Khatter and Siddhant Chaturvedi are also a breath of fresh air. Phone Bhoot gives tough competition to Bhool Bhulaiyaa 2 for the best horror-comedy movie of 2022.

Phone Bhoot Story: A beautiful ghost reaches out to two incompetent ghostbusters and puts forward a business idea that really excites them. However, as things unfold, they learn that the ghost has an ulterior or end motive that they did not know about initially.

Phone Bhoot has an interesting and unique premise that is still under-explored in India. In fact, the whole genre of horror-comedy is quite under-explored despite its huge potential. However, Bollywood has finally come to realise the significance of this genre, with films like Bhool Bhulaiyaa 2 and Bhediya also releasing this year.

Phone Bhoot is a fine film that lives up to its hype. A horror-comedy is meant to keep relaxed and yet somehow with a sense of uneasiness and impending doom, and the movie directed by Gurmmet Singh can do just that. There is just that ‘It’ factor that the film needed to be funny and engaging throughout its run of 136 minutes.

Katrina Kaif is excellent in Phone Bhoot. Her refreshing character is a much-needed change for her. Finally, we saw her leading a film from the front, and we loved it. She can handle a movie independently, and we wish to see more films with her as the centre of attention.

Ishaan Khatter and Siddhant Chaturvedi are as fun as clueless ghostbusters, and this movie will surely help them land a few comedy roles in the upcoming months or so. The veteran Jackie Shroff and Sheeba Chaddha also do justice to their roles.

Music and script are two of the well-used elements in Phone Bhoot. If not for some over-the-top scenes that try too hard to be funny, Phone Bhoot could have been a perfect horror-comedy movie. Besides that, it’s a wonderful movie that deserves to be watched in theatres with friends.

Our review of Phone Bhoot can be summarised in one line- Perhaps the best horror-comedy movie produced by Bollywood in 2022.

Which Bollywood actress and actor is the National Crush of India? This question must have bugged you many...