You have been locked down into your homes and have absolutely nothing to do, but wait now is the perfect time to binge-watch all those shows you’ve heard about, Right?

But again, with an array of streaming services, its hard to choose among netflix, amazon or hotstar  and spending money on all of them would not be a sensible decision.


So, here is a comparative study based on which streaming service you should go for in the times of lockdown to get a maximum number of content in a good budget.

Netflix is widely popular among the globe and it needs no introduction which makes it a good and reliable option as a streaming platform.

Netflix has a total of 139 million paid memberships in over 190 countries and stands above any competition.  Now, it also claims to have 1000 movie titles and almost triple the amount of Series.


The packs start from as low as 199 INR and go up to 800 INR. Where you start from Standard definition with only one user on mobile devices to High Definition with up to 4 users logged in at the same time on any kind of device respectively.

Most Popular Shows in Netflix

Some of the most popular shows on Netflix are Stranger Things, YOU, Money Heist, 13 Reasons Why, House Of Cards, Black Mirror and Sex Education as of now.


DIving into Indian specific content, It has the very popular Sacred Games and also have numerous other series like Delhi Crimes, Bard Of Blood, Little Things, Ye Meri Family, Jamtara and many more.

Netflix India has been working towards providing good content for the Indian audience, which if your taste allows you should definitely check.

Amazon Prime is not really that in demand as of now but still has users for Amazon is trying to push Prime to its customers anyway. Whether you buy a new connection on Airtel DTH or get a new pack of something from Unilever, everything was coming with a one-year Prime subscription about two or three months back.

Now, it does have a very good library of the show in its arsenal. After Netflix, it is the only other competitor with a comparatively large array of viewable content. And why not, after all, what will Bezos do with all his money?


Amazon prime has a better collection of movies than Netflix for sure and including some big Hollywood titles, it didn’t forget about the Indian Cinema. And you can browse through many of the latest movies there.

Also, apart from movies, the one thing Amazon is famous for is it’s Amazon Prime Comedy Special. It includes some of the biggest names from the Indian comedy segment such as Kanan Gill, Biswa Kalyan Rath and many more.

Most Popular Shows in Amazon Prime

Some of the shows to watch on Amazon Prime are The Family Man, Mirzapur, Delhi Crimes, Lakhon Me Ek, Comicstan, Indian Standup Specials and much more.

Hotstar is more popular among the fans of Cricket for it enables you to watch live matches from anywhere.


Also, it covers all of the important tournaments from IPL to other formats of cricket. And being an Indian, you should know why it gives an advantage to Hotstar over others. Yes! due to a million people eagerly wanting to watch the game of cricket.

Most Popular Shows in Hotstar

While Hotstar has maintained a good library of American Tv shows with popular titles such as Game of Thrones, How I Met Your Mother, Grey’s Anatomy, Walking Dead, Two and A Half Men, Flash and Arrow with a bunch of other, it fails to deliver much to Indian Specific audience.

But if you want to watch Ye Rishta Kya Kehalata hai’s new episode then be our guest and get yourself a Hotstar subscription or better a Dish TV recharge instead.

There are other India shows such as Criminal Justice, Hostages, City of Dreams, Out of love and others but neither you nor we have heard much about them, right?

There are two types of subscriptions available for Hotstar. VIP subscription which lets you stream Hindi Movies, Avenger Endgame and Sports of any kind live for 365 INR for a year.

The other subscription is called Hotstar Premium and along with all the features from VIP, it also adds up American TV shows and lives movie premiers or series premiers for 299 INR/month or 999/Year.

Apart from these three, there are 36 other services which are popular throughout the country. Some of them are like ALT Balaji, which features a modernized and fashionable blend of all your old soap operas with a new outlook.

Then there’s Hulu and Sony Liv, which have their own segment of viewers. Also, if you go region-wise, then also you can find a vast array of services such as HoiChoi is famous in the Kolkata region having a good number of Bangla originals.

Comment your favorite Show or movie and also tell us your favorite streaming platform? We want to know and let’s see which platform gets the maximum votes. Also, be safe and stay inside. 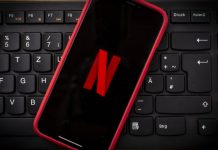 Veganism – The Latest Religion of the World, Or Maybe The Oldest.

What to Eat during Pandemic Situation Globally

ABOUT US
Flickonclick is an online destination for viewers to have a good relatable reading experience.Latest news,life blogs,fitness tips,tech info are all covered.
Contact us: [email protected]
© Flickonclick
. .
MORE STORIES