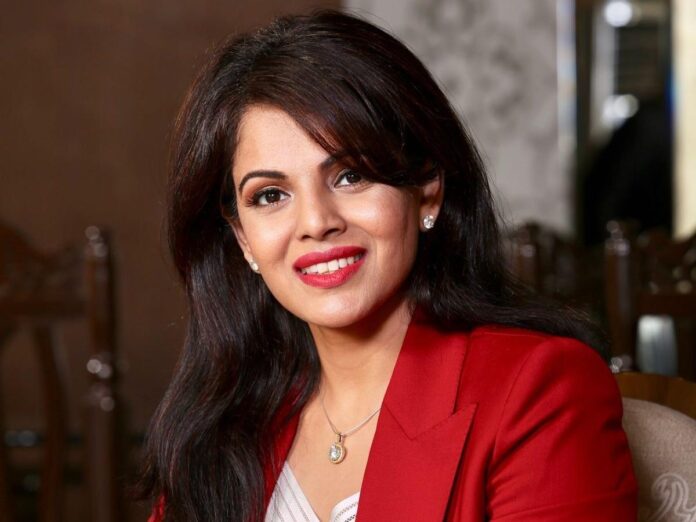 Namita Thapar, the Shark Tank India judge, has a huge net worth of Rs 700 Crores from all sources of income. She came into the limelight when she started to be Shark on the Shark Tank India, which is coming back with its second season on SonyLIV. Namita Thapar is a businesswoman who is currently the Executive Director of Emcure Pharmaceuticals in India. She is one of India’s highest-paid woman executive directors who has helped grow the empire of the pharma industry in the nation. Here we have covered all you need to know about Namita Thapar net worth. Her assets, annual income and personal details about her life are all covered in detail in this blog.

Namita Thapar was born in Pune to Satish and Bhavan Mehta on 21st March 1977. She completed her MBA from Duke university’s Fuqua School of Business in North Carolina. Namita is also a certified Chartered Accountant from ICAI. The highly skilled Namita was hired by Guidant Corporation, USA. She worked there for six years before deciding it was time for her to return to India with her husband, Vikas Thapar, to work for the betterment of women in India. Namita returned to India and joined Emcure Pharmaceuticals, founded by her father.

Namita Thapar is now passionately working to improve women’s health and promote youth entrepreneurship in India. She is also the founder of Thapar Entrepreneurs Academy. The total net worth of Namita Thapar from all her works is estimated to be Rs 700 Crores right now. She is also referred to as Velvet Hammer in business due to her sharp personality.

Namita Thapar’s net worth is Rs 700 Crores from all sources of income in 2023. She is one of the richest Shark Tank India judges. Her husband, Vikas Thapar, is the President of Corporate Development, Strategy & Finance at Emcure Pharmaceuticals. Namita met with her husband Vikas Thapar in the United States, where he was working for eBay and Paypal. The two duos then decided to return to India to finally get involved in Emcure Pharmaceuticals, which was established by Namita’s father.

Here is the breakdown of Namita Thapar’s net worth of Rs 700 Crores. Below are all assets, sources of income and much more.

Namita Thapar House: The Shark Tank India judge owns a plush property in Pune which is rich in all aspects. The total cost of this property is estimated to be around Rs 50 Crores.

Namita Thapar Cars Collection: Namita Thapar owns a BMW X7 that comes with a 3.0-litre twin-power turbo 6-cylinder diesel engine that produces a Max power of 261 Bhp. It is estimated that this car is worth at least Rs 1.73 Crores. Besides this, Namita Thapar also has other luxury cars, estimated to be worth over Rs 5 Crore.

Thala Ajith Net Worth 2023: Thala Ajith, also known as the "Ultimate Star", is a highly respected and...
Entertainment

Vineeta Singh, the founder of Sugar Cosmetics and a judge on Shark Tank India, has a net worth...