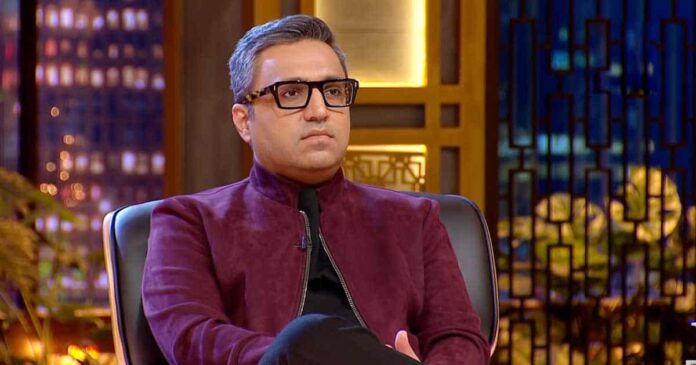 Ashneer Grover has a net worth of Rs 700 Crores through his various investments and businesses. He has served as the judge of Shark Tank India Season 1 which made him appear in the public eye for the first time. He is known to be one of those persons who spend lavishly and works even harder and smarter to afford the lavish lifestyle.

Ashnveer Grover’s massive net worth of Rs 700 Crores allows him to spend money on a luxurious car collection and a minimalistic Delhi house. He is the co-founder of BharatPe which is on the journey of becoming a unicorn in India. Many people have the misconception that the valuation of BharatPe which is Rs 21,300 Crores is the net worth of Ashneer Grover. That is totally false and his current net worth is Rs 700 Crores from all sources of income.

Ashneer’s ideas have revolutionized the online payment sector in India. Here we have covered everything you should know about the massive net worth of BharatPe founder Ashneer Grover in detail.

Ashneer Grover Net Worth Breakdown: How Has He Accumulated The Massive Wealth

The Bharat Pe co-founder is believed to be the man who had done the main job of starting the online payment system for the app that has gained huge popularity over the years. Over the years he had earned a huge chunk of his massive net worth of Rs 700 from his stake in BharatPe. However, when Ashneer Grover first appeared in Shark Tank India people realised that he is an active investor in the Indian startup arena. He has stakes in many startups that he believes have the potential of making it big in the upcoming years.

Fintech Companies in which Ashneer Grover has invested:

Other Industry Startups in which Ashnveer Grover has invested:

Ashneer Grover owns a plush house in Delhi that’s equipped with all the facilities that one can think of. The house located in Panchsheel Park in Delhi is valued at above Rs 30 Crores right now. The lavish property has everything from an aesthetically pleasing interior to a lush green garden.

Ashneer Grover is known to spend heavy sums of money on cars which he loves. He has many luxurious cars including Mercedes-Maybach S650 (worth around Rs 2.5 crore), a Porsche Cayman S, a Mercedes Benz GLS 350, and an Audi A6. It is believed that the overall valuation of his car collection is more than Rs 10 Crores.

1- What is the net worth of Ashneer Grover?

2- What was the net worth of BharatPe founder Ashneer Grover in 2021?

3- How much did Ashneer Grover lose after leaving BharatPe?

BharatPe founder Ashneer Grover has lost about Rs 100 Crores of his net worth after exiting the company.

4- What is name of Ashneer Grover’s wife?

Madhuri Jain is the wife of Ashneer Grover.

5- Where does Ashneer Grover live?

Ashneer Grover lives in a plush house in Delhi.

Movies and Shows provide the much-needed relief from the humdrum and monotony of our daily lives. The month...
News

What made Ashneer Grover (MD and Director) Resign from BharatPe?

Ashneer Grover, co-founder and managing director of BharatPe Company, has resigned from the business on Tuesday, 1st March...
Entertainment

Are you already hooked to the new show, Shark Tank India? If you are not, you are missing...
Entertainment