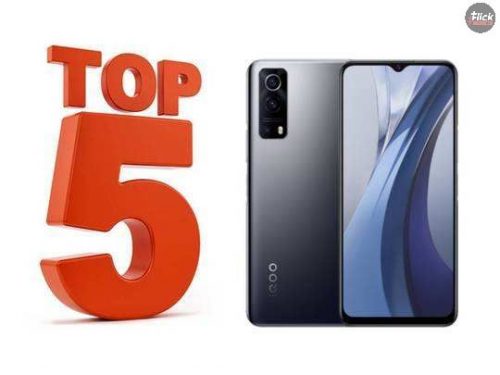 Due to the surge in coronavirus pandemic the whole nation had to undergo the lockdown process. That is why there haven’t been many announcements in latest technology, and significantly of the launching of new smartphones in the past months. But the latest technology market got a head start in May when Realme X7 Max was launched and as things are finally looking to settle down, there is a great chance of launching new smartphones this month.


The list includes mid-range and premium smartphone devices like iQOO Z3, OPPO Reno 6 series, OnePlus Nord CE 5G, and Huawei P50 series and now let us have a sneak-peak on the specification of these devices. 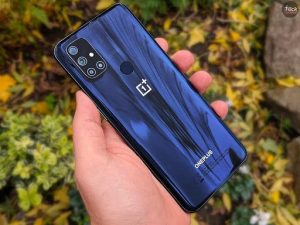 It is official that the new smartphone of the Nord series, which is the OnePlus Nord CE 5G will launch in India on June 10, 2021. The device is said to have a 6.43-inch and 90Hz AMOLED touchscreen display along with an in-display fingerprint scanner. This is not enough as this beast will consist of the Snapdragon 750G chipset which allows heavy usage and gaming.

It bags a Lithium-Polymer, non-removable battery of 4500mAh with 30W fast charging (0 to 70% in 30 minutes). The device is expected to run on OxygenOS 11 based on Android 11 and will be available in two variants – 6GB RAM 64GB ROM and 8GB RAM 128GB ROM. On the rear side, it consists of a triple camera, a 64MP main sensor, an 8MP ultrawide, and a 2MP depth sensor. On the front, you will be getting a 16MP camera for capturing stunning selfies.


It will be supported by a 3.5mm headphone jack and sources hint to us that its price would be around Rs. 20,000.

This latest technology smart device is on the list that will also launch in June 2021. The series includes standard Reno 6, Reno 6 Pro, and Reno 6 Pro +, but it was first launched in China first early last week. Reno users will be delighted after knowing the specifications as the series comes with an FHD+ AMOLED display, 90Hz refresh rate, and Corning Gorilla Glass 5.

Gamers will be on the cloud once they get to know about the chipset of the Reno 6 Pro+ model. This model has powered with Qualcomm Snapdragon 870 chipset, whereas the Reno 6 Pro is coming with MediaTek Dimensity 1200 and the standard Reno 6 has the Dimensity 900 SoC.

The phones have a 65W fast charging support and all of them consist of a 64MP primary camera.

Apart from India, the sales will make their way in European markets too, but the launching date is still unclear as it can happen anytime this month. Talking about its specifications, the device has a 6.43-inch FHD+ Super AMOLED display with a punch-hole cutout along with a 120Hz refresh rate.

You will be getting the latest chipset ever in this device as it consists of Qualcomm Snapdragon 8885G SoC chipset coupled with Adreno 660 GPU, meaning forget about this phone ever heating up. It will be available in a single variant, that is, 12GB RAM 256GB ROM and runs on the Android 11 operating system.

Talking about its battery backup, it comes with a Lithium-Polymer non-removable battery of 4500mAh that will support you throughout the day if you do heavy gaming and is supported by a 65W fast charging support.


For stunning photography, the device consists of triple cameras on the rear side, with a 64MP primary sensor, an 8MP wide-angle lens, and a 2MP macro lens. If you are worried about how your selfies are then do not fret anymore as the company has taken care of it by providing a 16MP selfie camera at the front.

This device is set to launch globally in June 2021 but the launching date is still unknown. Its entry-level device of the series is expected to come with Kirin 9000E chipset, whereas the P50 Pro and P50 Pro+ will come with Kirin 9000 chipset, which is the same chipset that also powered the Huawei Mate 40 lineup. The leaked information regarding this device was minimal but will update the data as soon as more information gets leaked.

The launch of this spectacular device is expected to launch in the first week of June 2021. It’s launching already took place in China and now the company is targeting the Indian market. Talking about its chipset, this latest technology device  comes with a Snapdragon 768 SoC chipset and consists of 8GB RAM. It might have the biggest screen display among all these five smart devices as it sports a 6.58-inch FHD+ LCD display with a 120Hz refresh rate and 2408 X 1080 pixels of resolution.

The device runs on the Android 11-based iQOO UI 1.0 operating system and comes along with a Lithium-Polymer non-removable battery of 4,400mAh battery with 55W fast charging support. It supports a triple camera setup on its rear side with a 64MP primary sensor, an 8MP ultra-wide-angle lens, and a 2MP depth sensor.


For clear selfies, the device is supported with a 16MP selfie camera. It has a side-mounted fingerprint scanner, proximity, Gyro, and a compass along with Type C – 2.0 and a 3.5mm headphone jack.

BoAt has come up with its latest boAt Airdopes 201. Every industry has a company that could be...
News

The wait is about to get over for the next big update of Android as Google is about...
News

The Indian government has announced to exercise the use of E-Passports soon in the country. The decision is...
Technology

Many people are fond of either Samsung or Apple iPhone and these smartphones are sold on a large...
News

The Indian government has announced to exercise the use of E-Passports soon in the country. The decision is...
News

A driving license is one of the most required documents one can have if one wants to own...
Technology