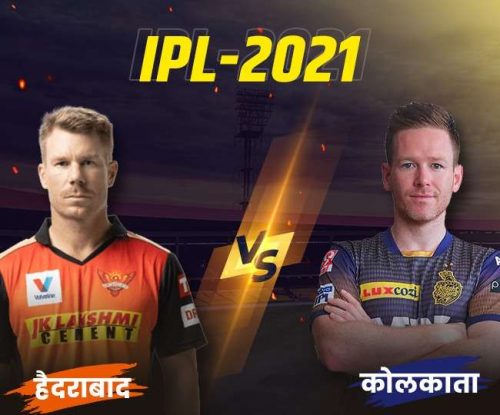 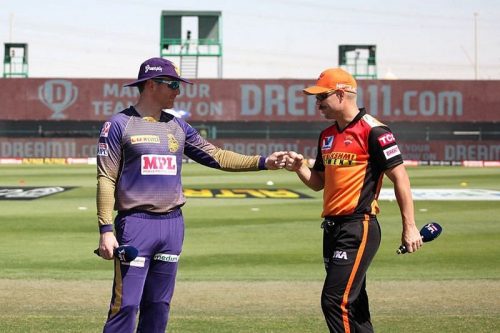 They hailed the victory as they set a big target of 188 runs with the help of Nitish Rana, Shubham Gill, and Rahul Tripathi. Out of which Shubham Gill got back to the pavillion in the 7th over and the rest two scored half-centuries which in turn resulted in this big target of 188.

The target would have been increased to a much bigger number is it is not for Mohammad Nabi who took the wickets of Nitish Rana and Eoin Morgan back to back in the 18th over only. Lastly, the innings were given a good finish by Dinesh Kartik who stroked 22 of 9 balls.

The Sunrisers, on the other end, was struggling with the batting part as well. They were pressured from the start as the Kolkata Knight Riders took out David warner and Wriddhiman Saha in the 2nd over only when the run count by Sunrisers was only 10.

Even after that, the Hyderabad Sunrisers caught up to a large and eventually ended up with a total of 177 with the loss of 5 wickets. Jonny Bairstow and Manish Pandey were two of the main scorers from SRH’s side as they both completed their half-centuries with Pandey being not out until the very end.

Overall, the match resulted in Kolkata Knight Riders winning with a total of 10 runs and SRH would have to go back home with a defeat in their bag. But it was only the third match of the season and no strong predictions can be made as of now, especially after the match was such a close call.

Moreover, the public is now waiting for the crucial match between the Rajasthan Royals and the Punjab Kings, which is scheduled for today at 7:30 in the evening. With this match, the IPL will officially begin as all the teams will have one match on their scoresheet. So, we’d be well aware of the current standing of all the playing 8 teams.

Additionally, if you have any comments or would like to tell us which one team you support, the comment box is all yours. Let’s see how many votes for each team you can score in the comment box.

Previous article
IPL 2021: 3 Teams That Has Got Everything to Grab the Title
Next article
Sanju Samson brilliant 119 went in vain as Punjab kings won by 4 runs.
Flickonclick

The IPL 2021 is going to be commenced starting from April 9th and will go on till May...
News

During the IPL Auction event on 11th February, Aryan Khan and Suhana Khan filled in for Shahrukh Khan.The...
News

Viacom 18 has won the IPL media rights for streaming the next five years of IPL matches on...
News

IPL 2022 playoffs are scheduled to begin soon after the group stage concludes. All the teams have played...
Offers

Although cricket is not the national sport of our country, it most definitely brings all our hearts together...
News

Viacom 18 has won the IPL media rights for streaming the next five years of IPL matches on...
IPL

The IPL 2021 is only three weeks away to get started and spectators cannot wait any longer to...