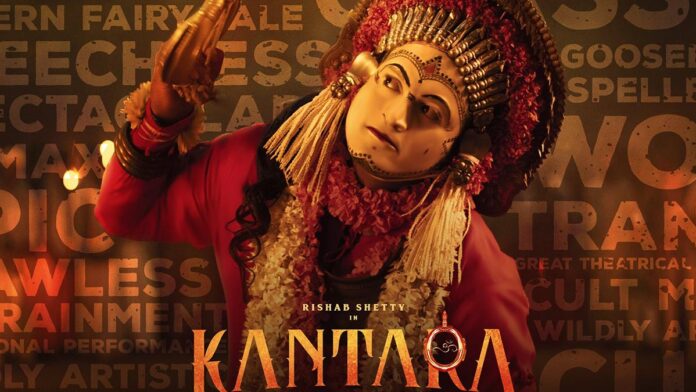 Kantara, a Kannada movie has become a sensation in India after its release in the theatres on 30th September 2022. A Hindi-dubbed version of the Kantara was recently released and the film is doing exceptionally well in the North. Both critics and audiences are loving the film. Here we have covered Kantara OTT Release Date, OTT Platform and TV Rights.

The OTT release date of Kantara is confirmed by the makers of the film. We are expecting the Kantara to release on an OTT platform on November 4. The producers will have the last say about the OTT release date of Kantara. Generally, a mid-budget film takes about 30 days to be released on the OTT platform. The same can be true about this film as well.

Kantara in Hindi will release on the OTT platform Amazon Prime Video on November 4, 2022. The original Kannada version of the film is expected to be released simultaneously.

The movie features the supernatural and is heavily rooted in Indian mythology. It focuses on Indian tradition and the fight between good and evil. It is directed by Rishab Shetty.

Bookmark this webpage to get the latest updates on Kantara OTT Release Date, OTT Platform and TV Rights.

Liger is going to release in theatres on 25th August 2022. However, the fans are already gushing about...
Entertainment